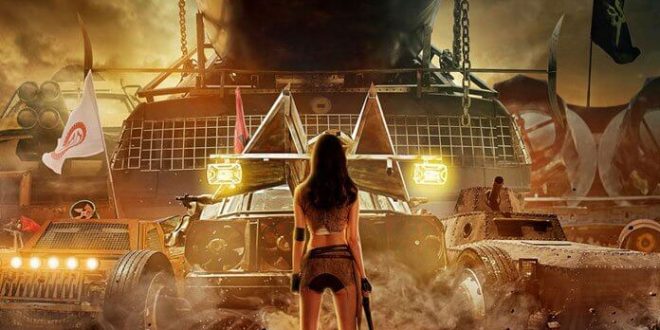 Mad Max is not only a movie: it is a masterpiece. especially if we think of the 2015 Mad Max: Fury Road, starring the incredible Charlize Theron in the role of Furiosa. In case you loved that particular movie, you might want to check out what the Chinese have made out of it: Mad Sheila. That’s right, they didn’t even bother to make up a title that is not so similar to the original one. They just changed the name of the protagonist. And in this case, it’s a woman, or a sheila, as Australians would say.

The trailer of Mad Sheila recently popped up on YouTube, and it seems that the movie will be released in China on Friday. Based on the trailer, the base story of the movie is similar to the one of Mad Max: Fury Road, if not exactly the same. A girl, some post apocalyptic vehicles and a whole lot of crazy characters going after each other in order to survive. However, if you loved last year’s mad Max, you might be disappointed. Mad Sheila doesn’t really seem to be as badass as Furiosa was. As a matter of fact, she is a faint version of the character, with more sex appeal than personality.

The Chinese remake will probably not impress a lot of people. This version definitely lacks the attention to details that made Mad Max: Fury Road the modern classic we all loved, or at least appreciated. The script also seems to be a quite dull one, with a long car chase as the main event of the story. You really shouldn’t expect it to be as interesting as Mad Max: Fury Road was. In case you still are interested in the rip-off, you can check the trailer out below. Would you watch it, or not?