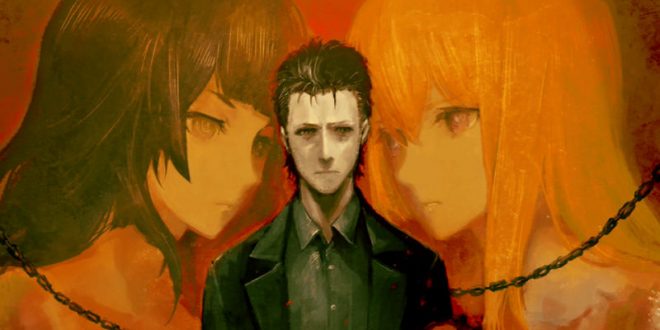 Visual novels have come a long way in a very short period of time. Not too long ago, the average gamer most likely wouldn’t even know what a visual novel is. Nowadays though, many visual novels have gone on to experience critical and commercial success. Just to name a few, Ace Attorney, Zero Escape and Steins;Gate are all visual novels with massive fanbases. In fact, the last one, Steins;Gate, is of particular note due to its sequel. Steins;Gate 0. For a long time, it could only be obtained in Japan. Until now that is, for the game has officially received a western release.

The original Steins;Gate was released all the way back in 2009. It revolved around a scientist, Okabe Rintaro, who was caught up with time travel and its not so enjoyable consequences. The game took place over multiple “worldlines” and Steins;Gate 0 focuses on the beta worldline. This reality is not a happy one, with World War III and possible human extinction both being real possibilities. Rintaro has failed to save the love of his life and has abandoned time travel. The story focuses on him protecting an artificial intelligence from those who seek to abuse it. Overall, the tone of Steins;Gate 0 is stated to be much darker than the original and is available on PS4 and PS Vita.

Funnily enough, this game received a European release before it got its North American release. European gamers, particularly Atlus ones, are no doubt used to waiting much longer than North American gamers for Japanese games. No doubt this will come as a pleasant surprise. Not just for Steins;Gate fans, but for European fans of visual novels as a whole. Although North American fans of the game won’t be waiting that long. They will be getting their own version of the game on November 29th.

A life long game and half life long writer, David always sought to combine his passions and write about games online.
Previous Foundation Update Announced for No Man’s Sky
Next Titanfall 2 was Mishandled by EA