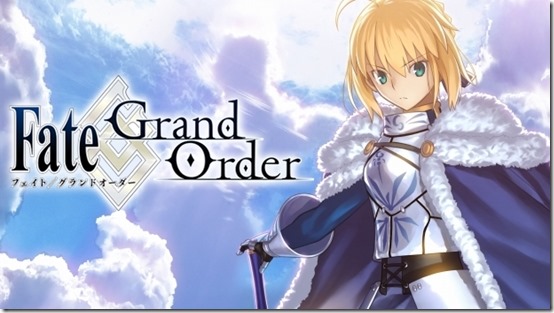 Pokemon Go was definitely one of the most popular games of this year, if not one of the most popular ever released. We all remember the frenzy that took over players in the summer and all the trouble it caused. of course, it also made people more active, which is a plus, so we’ll give it the credit it deserves. Not many know that this app has a serious competitor back inJapan. Fate, a game released by Sony is just as popular in the company’s homeland as Nintendo’s Pokemon Go. As a matter of fact, Fate made even more money than the global hit Pokemon Go among Android users 104 out of 133 days this year. Among iOS users, it seems that Pokemon Go was the winner, given the fact that the Sony game made more money only on 51 days out of 133.

Sony’s Fate, also known as Fate/Grand Order, is based on an anime series, with the same title. In this game, players have the chance to save the world from looming disaster with the help of different historical figures. These figures include Julius Caesar, Joan of Arc, and even Leonardo Da Vinci. How cool is it to team up with such personalities in the quest to save humanity?

The basic version of the game is free. However, those who would like to receive special tokens and evolve faster need to pay up. The Sony game was released back in 2015, and ever since it was downloaded more than 7 million times. That is quite a popular game, we have to admit. According to Bloomberg, the game made a lot more money among Japanese players than Pokemon Go did, which is quite a surprise. After all, Pokemon comes from Japan also. Of course, Fate/ Grand Order was released one year earlier than Pokemon Go, and in this time, it’s possible that this year’s hit game will make just as much if not more money than the Sony game.