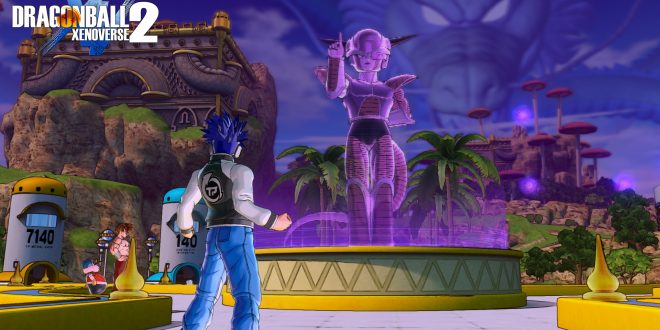 Dragonball Xenoverse 2 is the latest fighting RPG from Dimps and Bandai Namco. Released on October 25th the game was pretty well received with a meta-score of 72 and user score of 7.8 on Metacritic. Earlier today I found out Bandai Namco has announced their first DLC pack for DragonBall Xenoverse 2 along with free update for all players. The update will be available on 20th December along with exclusive content for people signed up to the Bandai Namco Entertainment Europe VIP Corner. This information comes by way of Dragonball-videogames.

All this is available for free on December 20th along with this exclusive content for VIP Corner members. This exclusive content includes 5 new teachers: Future Gohan, Bardock, Whis, Android 16 and Cooler. Each of the teachers will have new attacks to be learnt, 20 in total. The first DLC pack for Dragonball Xenoverse 2 will also be released on December 20th. This pack will be free to Dragonball Xenoverse 2 season pass holders or you will be able to purchase it separately from the Online store of your favoured platform. The DLC will contain:

All this is coming just 5 days after the PS4 and Xbox One version of Dragonball Xenoverse 2 received a patch. This patch was to prepare the game to receive the DLC pack on December 20th. Along with adding in the Free update the patches also address some balancing and bug issues found in Dragonball Xenoverse 2.  If you want to see all the changes, full patch notes can be found here.

Robert Scott lives Blackpool in the Northwest of England. He has a really passion for gaming, films and keeping up to date on the latest TV shows. He has always loved Playstation since he received his first Psone when he was younger
@poemsfromwithin
Previous Call of Duty World League Comes to Las Vegas
Next The Witness: The Playthrough, Part 1 Dragon Ball Z has quite a history when it comes to video games, the simple ...