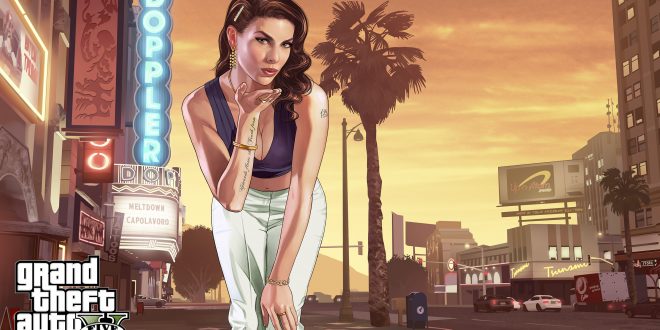 While gamers’ eyes were still focused on the success of Titanfall 2 and Final Fantasy XV Monday, one three-year-old game slipped quietly into the annals of gaming history.

Grand Theft Auto V, a critical and commercial juggernaut since its September, 2013 release, claimed its spot atop the list of all-time best-selling video games in the United Kingdom with more than 6 million physical copies sold.

“The U.K. games sector is a global success story,” said Jo Twist, CEO of video game trade group U.K. Interactive Entertainment, in a Monday press release. “We are a comparatively young industry punching far above our weight on the international playing field, and Grand Theft Auto V is a prime example of how… globally renowned titles are making a valuable contribution to the U.K.’s reputation as game makers, our economy, job creation and cultural identity.”

More than 70 million copies of Grand Theft Auto V have crossed real-world and virtual checkouts around the world since the game first hit shelves, making it the fourth-best-selling video game in history. But nowhere does its success shine more brightly than in its contributions to the U.K. economy, Twist said.

The game has generated nearly $300 million for British retailers during its life, and about $60 million in sales tax for the U.K., sales figures show.

In 2015, the United Kingdom saw $1.1 billion in video game sales, according to the trade group.

The commercial success of Grand Theft Auto V hasn’t been fleeting either. For the week ending Dec. 17, it was the fifth-best-selling video game in the United Kingdom – up from the 11 spot the week before.

Grand Theft Auto V beat out several other, brand-new AAA titles during the week, including Dishonored 2, Mafia III, Pokemon Sun and The Last Guardian, according to analytics firm GfK Chart-Track.

Much of that long-term success is likely thanks to Grand Theft Auto V’s continued developer support – developer Rockstar has pushed out new content every few months since the game’s debut.

A reporter by day, a freelance reporter by night - you could say I write a lot. Local news is the money job, but gaming news is the passion job. Want to play some Call of Duty? Follow me on Twitter @jgroganltg and let me know.
@jgroganltg
Previous New Overwatch Holiday Comic Confirms Identity of Game’s LGBT Hero
Next Red Faction Released on PS4