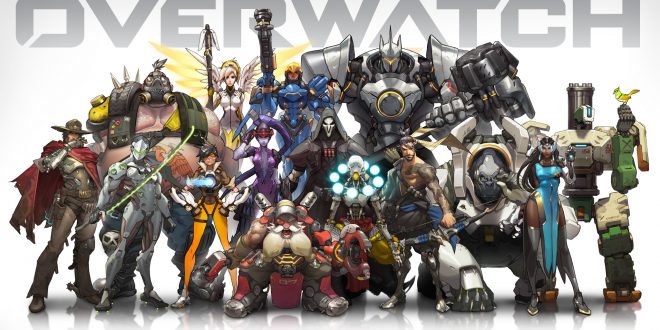 Overwatch launched in May of this year to rave reviews, and quickly became a staple in the FPS genre. Fans and critics alike couldn’t get enough of the game, with Overwatch securing the honor of 2016 Game of the Year earlier this month. Though the game has only been out for six months, it has gone through many changes and updates from launch to its present iteration. Game Director Jeff Kaplan sat down to review the progress made in 2016 and give gamers a taste of what to expect from Overwatch in 2017.  Kaplan began by looking at the changes made this year and spent the first part of his video discussing the progress Overwatch has made and the process the team used for development. The director stressed the importance that player feedback plays in guiding their development path and then gave fans an outline of what to expect from the first-person shooter in 2017.

The new Oasis map is on the PTR and is expected to launch in early 2017. The team has several maps in development, including one they’re pretty confident about and that is slated for inclusion in the main game modes. New heroes are also planned for release, but the director wanted to elaborate a little on the “development pipeline” and how often things change:

“We’re working on multiple new heroes. I always like to give the disclaimer that we tend to work on more content than we release, because we prototype stuff and sometimes it fails or we don’t like it or we want to go back to the drawing board.” Kaplan said, “We have one hero that we think is very promising. We started to move it through our art pipeline which means we have more confidence in that than other heroes…You know we love making heroes, the game is all about heroes.”

After explaining the main content in store for Overwatch, Kaplan revealed some minor quality of life changes that are in the works. There are plans to expand on the communication wheel to give easier access to more voice lines and emotes. A spray wheel will also be added to allow the use of up to four different sprays (Though you still can only have one spray out on the map at a time!) Players have been frustrated with the fact that players who queue as a group often don’t move to team chat. A large and obvious button will be added to encourage the switch, though Kaplan does not want to literally force players to join. The Overwatch head also stressed the importance of the eSports community and let fans know that the team plans improvements to the spectator mode for 2016. Improvements such as a universal map are being considered to make it easier for eSports casters to give a full view of the game.

Lastly, Kaplan touched on the addition of a “Server Browser” that would allow players to join custom games hosted by other players. Currently, the only way to play in a custom game is to invite your friends, but the addition of this feature will add public lobbies that allow for customized games to be played with the community at large.

For more information, check out the full video below.

My name's Zach and I'm a college student supporting myself with freelance writing as I finish my degree. I largely focus on technology news and reviews for LoadTheGame, though I do report on games from time to time.
@zr566762
Previous Blizzard Announces Newest Addition to Heroes of the Storm Roster
Next New Warframe Update Adds More Free Content