GOG, the champion of DRM-free gaming, has a unique strategy when approaching their year-end sale. Rather than offer deals on thousands of games like other distribution sites like Steam, they’ve decided to narrow their offerings primarily to a list of “10 Good Buys of 2016”:

Although the priority of the sale is this set of ten recent releases, some classics will go on sale as well. Pick up games like Neverwinter Nights 2, Homeworld Remastered, Rebel Galaxy, The Elder Scrolls: Morrowind, Grim Fandango Remastered and more.

Also, as when any Star Wars movie is released, the games go on sale. Expect to see bundles with classics like Rogue Squadron 3D, Shadows of the Empire, Knights of the Old Republic, Galactic Battlegrounds and more.

If you haven’t been following many 2016 releases and are looking to stock up on games for the year to come, just GOG’s selection of 10 games is perhaps the best place to start.

Inside, the aesthetic successor to Limbo, brings back developer Playdead’s dark ambiance for another 2D puzzle platformer like no other. Despite it’s brevity, it’s narrative capabilities are powerful. If you want more platformers, Owlboy is rightly your next option. Although it reaches back to the challenging world of pixel-art 2D platformers, it retains the open-world qualities of many modern games.

The 2016 releases that hark back to classic game formulas don’t stop there. Stardew Valley reaches back to the beloved gameplay of Harvest Moon. Farm, build, develop relationships, mine, fish, explore – do everything that you used to do in Harvest Moon and then some.

I play a lot of saxophone and write a lot (music and otherwise) but love games - been playing since Super Mario 64!
@billybarro57
Previous 2K Updates Civilization VI’s AI
Next Steam Sale Offers Many Great on Classics 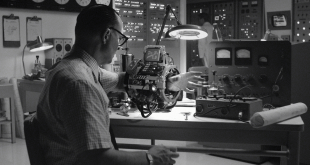 What might happen in gaming in 2016? VR…exists and microtransactions evolve 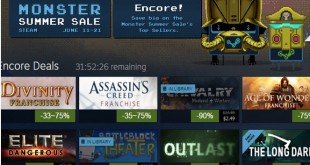 Today, CD Projekt Red, the developers behind the much anticipated, Witcher 3: Wild Hunt (due for ...