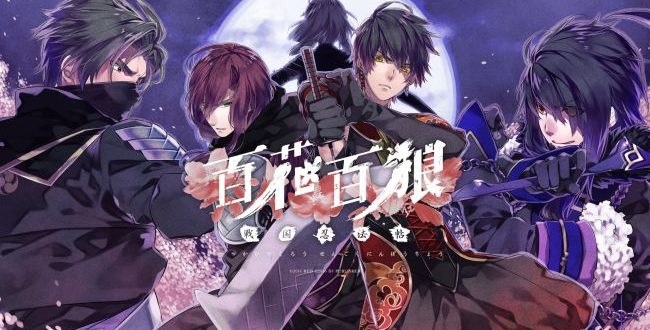 Nightshade will soon be available on Steam

Nightshade arrives to Steam soon. D3 Publisher, the renowned video game publisher responsible for developing the popular dating simulation game series, Forbidden Romance, as well as other otome and non-otome titles, has collaborated with Red Entertainment to bring gamer’s the new otome title, Nightshade. D3 Publisher and Red Entertainment originally released the title for the PS Vita in Japan earlier this year; the English PC version of the game Nightshade will be available for purchase on Steam; however, D3 Publisher and Red Entertainment have yet to confirm the release date. Nightshade is similar to Amnesia Memories and Code Realize ~Guardian of Rebirth~ in regards to the number of love interests available to pursue, however this is the only commonality it has.

Nightshade is set in Japan during the Sengoku period where the ongoing conflict between the dominant ninja clans – Iga and Kōga – has ceased due to Nobunaga Oda initiating the Tenshō Iga War, annihilating the majority of the Iga ninjas in the process. As a result, in spite of their previous feud with the opposing faction, the Kōga clan integrate the remaining Iga ninjas into their clan.

The story begins seventeen years later with the conclusion of the Sengoku period; under the reign of the Tokugawa Shogunate Japan has entered a period of peace. Enju, the female protagonist, is a ninja-in-training and is the daughter of the Head of the Kōga clan, Kandō Ueno. She regularly spends her time training and improving her ninjutsu all in the hope of receiving the status of a fully-fledged ninja. When Enju finally receives clearance to complete a mission, she soon finds herself caught up in something dastardly. As the player progresses through the game, they have the option to romance Gekkamaru, a ninja bodyguard, Hanzo Hattori, an Iga ninja, and Goemon Ishikawa, a thief.  Kuroyuki, Gekkamura’s younger brother and Chojiro Momochi, Enju’s mentor are also available to romance.