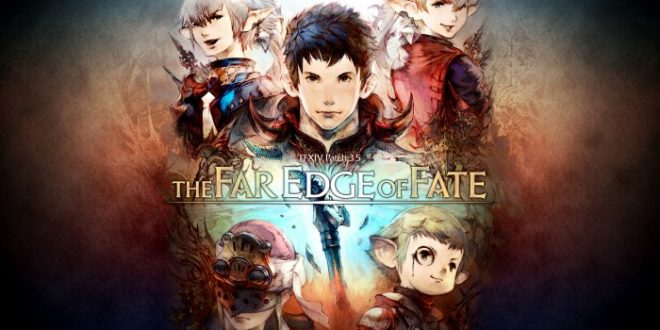 While many players are eagerly awaiting the launch of Final Fantasy XIV: Stormblood, It looks like there’s still content to tide them over in Heavensward. Square Enix has a track record of releasing frequent updates to their game, and have successfully turned one of the biggest AAA failures (With 1.0) into one of the top MMORPGs on the market. On January 17th, players will be able to experience patch 3.5 – The Far Edge of Fate. Square Enix gave details of the patch in a press release this morning:

“The Warrior of Light will be able to scale Baelsar’s Wall, the giant structure that separates the Garlean Empire-controlled territories and the three city-states of Eorzea®. Players will also return to Sohm Al to further explore the holy ground of the dragons. Additionally, Patch 3.5 will feature the latest chapter in the Shadows of Mhach storyline with an all new alliance raid, a new primal fight against Zurvan, the final member of the Warring Triad, as well as new exploratory missions.”

Accompanying these exciting content additions is a long-desired updated to the party finder system. Finally players in the same data group will be able to access the same party finder and join parties. One issue that many MMORPGs, including Final Fantasy XIV, have struggled with is an imbalance in population across servers. Often the large majority of players will flock to one or two servers since there’s no shortage of action, leaving a lot of other servers neglected and empty. The addition of a cross-server system in Final Fantasy XIV for filling groups will hopefully make it easier to complete content if you’re not on one of the super populated and progressed worlds.

One minor but significantly annoying aspect of Final Fantasy XIV was the fact that you couldn’t queue for a Duty with your chocobo companion at your side. With 3.5 this will no longer be an issue, making it easier for players to solo and work on leveling while they’re in the queue for a dungeon or raid. Frontline and Duel modes in PVP will be updated, and new maps are coming to The Feast!

For more information, take a look at the official trailer for Final Fantasy XIV Patch 3.5 The Far Edge of Fate below.

My name's Zach and I'm a college student supporting myself with freelance writing as I finish my degree. I largely focus on technology news and reviews for LoadTheGame, though I do report on games from time to time.
@zr566762
Previous Ariana Grande Featured in Final Fantasy Game
Next Long War 2 Announced for XCOM 2