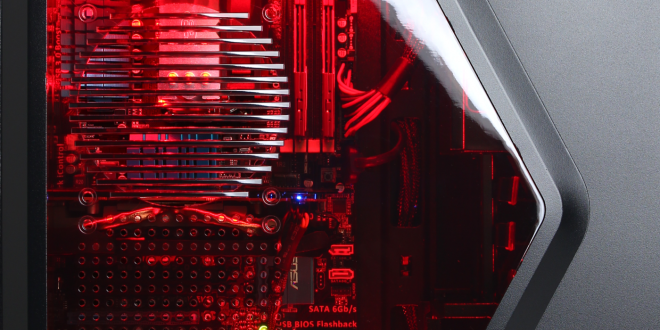 Virtual Reality was one of the hottest aspects of the gaming industry in 2016, and will only become more prevalent in the coming years. Many Steam games now offer VR support, but it’s not exactly widespread due to the limited adoption of VR technology in the gaming community at large. This lack of prevalence is not often by choice, however. As the technology in its current state is relatively new, the barrier to access Virtual Reality has been high and requires both a high end PC and a decently expensive VR system. CyberpowerPC, a global manufacturer of custom gaming PCs, has demolished the price of one of those aspects with a Virtual-Reality-ready Desktop priced at just $499 when bundled with an Oculus Rift headset.

“This bundle will be the first complete AMD Oculus-ready gaming PC that provides the full experience of VR gaming at an affordable price,” said Eric Cheung, CEO of CyberPowerPC.

CyberpowerPC teamed up with AMD and Oculus Rift to design the product, so it’s clear that the intention from the start was to build the PC to function well with the Oculus’s Virtual Reality. The price of the bundle, including both the PC and the Oculus Rift will be $1,099.98. While that price may still be a little rich for some, having a computer and Virtual Reality system bundled together for around $1000 is still a lot better than buying the two separately. This fairly priced system gives a marked improvement in cost for the PC side of the equation, and the VR headsets should continue to decrease in price as technology inevitably advances.

“Less than a year after launching the Oculus Ready program, we’re thrilled to see that the all-in price for jumping into the highest-quality VR experience continues to drop by hundreds of dollars,” said Nate Mitchell, head of Rift, Oculus. “Thanks to the efforts of hardware companies like CyberPowerPC and AMD, more people will have the opportunity to enjoy the amazing games and experiences coming to Rift this year.”

The system will include an AMD quad-core FX 4350 processor and AMD Radeon RX 470 graphics card. It also offers twice the clock speed of a consumer desktop, with twice the amount of cores and cache memory of similarly priced options. The VR ready PC will launch with 8 Gigs of Memory and a 1TB hard drive, ensuring gamers have plenty of space to store their VR experiences.

The Gamer Ultra VR Bundle is available for purchase on Bestbuy.com and Amazon.com starting today, and includes the VR-ready Desktop and the Oculus Rift Headset. For more information, check out the Radeon page for the PC here.

My name's Zach and I'm a college student supporting myself with freelance writing as I finish my degree. I largely focus on technology news and reviews for LoadTheGame, though I do report on games from time to time.
@zr566762
Previous Indie JRPG Guardians of Arcadia Announced
Next Dota 2 Kicks Off 2017 With ESL One Genting