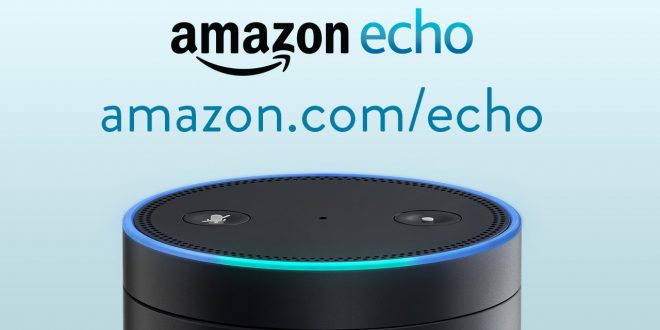 In the past few years, online retail giant Amazon has expanded its reach far beyond e-commerce. The company made a splash in the artificial intelligence scene in 2014 with the release of the Amazon Echo, a smart home personal assistant that can assist with an ever-expanding variety of tasks. Ordering new household supplies is as easy as asking “Alexa” to order more paper towels, and the Echo can serve as a personal DJ and smart speaker to fill the house with tunes. Amazon seems committed to expanding the capabilities of the Echo, however, as Alexa’s abilities keep expanding far beyond what was initially offered back in 2014.

At the 2017 CES, Amazon gave us a taste of what to expect from the Echo this year. The Echo will be integrated with Lenovo’s Smart Assistant, expanding its capabilities and allowing the assistant to control Lenovo smart home devices. This adds another manufacturer to the line of smart home devices that Alexa already has control over. Dish Network is also allowing the Echo and Echo Dot to control its DVR with voice commands, solidifying itself as the first TV company to add Echo integration. In the second half of 2017, users will be able to “search, navigate and quick-play content on the Hopper DVR hands-free, based on show titles, actors, genre and channel, if they have a broadband connection and an Echo or Dot.”

Amazon has sold over 5 million Echo devices since release in 2014, making the device a staple in many homes. The company is leading the charge towards smart homes becoming the new normal, with sales figures far exceeding similar offerings from the likes of Google.  However, Google Home and Microsoft’s Cortana are also developing partnerships with companies as they try to cut a slice out of the smart home market. Amazon will have to continue to innovate with the Echo if they want to maintain their control over the market. While Alexa is certainly impressive, there’s definitely room for improvement. “Alexa” is still in its infancy as a smart home assistant, and it will continue to evolve as the Echo becomes an integral part of more homes worldwide.

My name's Zach and I'm a college student supporting myself with freelance writing as I finish my degree. I largely focus on technology news and reviews for LoadTheGame, though I do report on games from time to time.
@zr566762
Previous Drone Company Lily Shuts Down Owing Millions
Next Miiverse to not be in Nintendo Switch

Smart hotel Hub lets you control the room with your smartphone

Hub by Premier Inn is a smart hotel that will allow you to control your ...