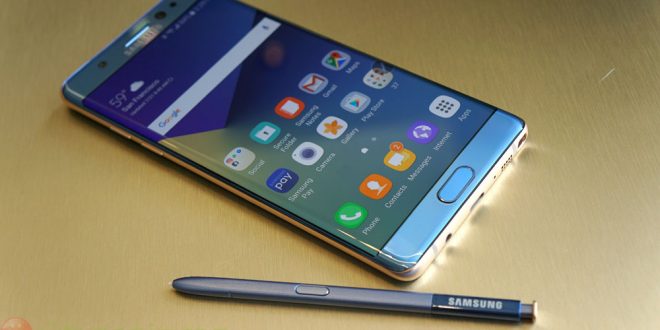 The Galaxy Note 7 and its propensity to catch on fire was a hot topic in the news this past year. Recalls of the phone cost Samsung billions, essentially forcing them to completely write off a high-end phone. All of the money that went into research and development as well as the mass production of the phones was for nothing, and it looks like we’ll find out why in a press conference in Seoul, Korea on Monday January 23rd at 10am. For western viewers interested in tuning in, that’s 8PM on Sunday January 22nd ET.

The Galaxy Note 7 was first called back in September after reports of the battery overheating and in some cases even exploding. The fiasco resulted in a huge recall, a ban of the phone on flights, and a return process that’s forcing users to turn in the device. Due to its unsafe design, Verizon is still attempting to wipe active phones that are still being used. So far, the media has been left guessing as to what exactly the reason for the malfunction is. The public should have their answers after this press conference, though it’s too late for Samsung to fix the issue. The technology giant is in damage control mode, trying to restore shareholder confidence in its assumed place as a luxury tech developer.

“Samsung Electronics, as well as independent expert organizations who conducted their own investigation into various aspects of the Galaxy Note 7 incidents, will share their findings,” the company explained in a statement. “Samsung will discuss the findings of the investigations and unveil new measures Samsung has implemented in response to the incidents.”

An English language version of the livestream will be available on Samsung.com

My name's Zach and I'm a college student supporting myself with freelance writing as I finish my degree. I largely focus on technology news and reviews for LoadTheGame, though I do report on games from time to time.
@zr566762
Previous New App Socratic Shows You How to Do Your Homework
Next The Ringed City Announced for Dark Souls III