The worlds of online casinos and slots sites and video gaming have always been fairly separate entities. After all, typical video gamers are different to slots fans and have very different objectives. But you can be certain of one thing: the online casino sites would love to win over some of the millions of gamers across the world.

A lot of it’s a question of age though. The people who play on online slots tend to be older. Some research has suggested that the over 50s age group are typical fans. But, ideally, online casinos would like to attract more millennials in the 25 + age group, especially to slots games which are their big money-spinners, if you’ll excuse the pun.

To a certain extent many sites are already trying to do this through the introduction of games like the Moon Princess slot online that you’ll find at Magical Vegas. This example is also specifically targeted at women players which soon become obvious from the graphics on the reels, not to mention the special “Girl Power” feature which can be triggered after any non-winning round.

But while slots like this do undoubtedly appeal to many people there’s a theory that if slots included an element of skill then even more video-gamers might be encouraged to give them a try. After all, the key appeal of many video games is that you can use your skill and experience to move through a game, taking responsibility for your actions and either benefiting from or having to deal with the consequences. 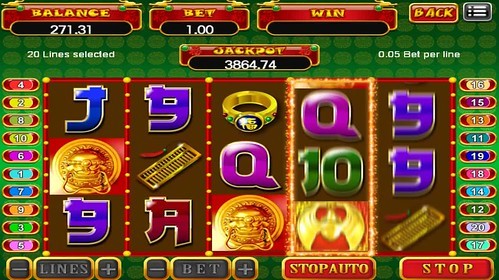 With a generation that has been brought up to expect empowerment as their right it’s only logical that they might want to also be more in control of whether, or how much, they can win when playing a slots game.

This all leads to the fact that more and more of these are starting to appear with a skills element built in. So, for example, you might get a certain combination of symbols on the reels which triggers a feature that needs to be successfully completed if you’re going to go on to win. Alternatively, the size of the payout could be determined by just how well you do completing the task.

The ever-increasing sophistication of online slots means that almost anything is possible, it’s just up to the developers’ own skills and imagination to create truly compelling features that make the slots rewarding to play in a number of ways.

There is one thing that may be slowing down the introduction of skill-based slots though. In a standard game, the algorithms that control it can be fine-tuned to pay out a fairly specific proportion of the players’ stake money. But once you start introducing the added element of skill into play, this becomes much harder to predict, at least until there has been enough time to gather some data.

But rest assured, this isn’t likely to put off online slots sites for longer, especially ones like Magical Vegas, who are determined to tap into a whole new demographic.

I’m Load The Game’s co-founder and community manager, and whenever I’m not answering questions on social media platforms, I spend my time digging up the latest news and rumors and writing them up. That’s not to say I’m all work and no fun, not at all. If my spare time allows it, I like to engage in some good old fashioned online carnage. If it’s an MMO with swords and lots of PvP, I’m most likely in it. Oh, and if you’re looking to pick a fight in Tekken or Mortal Kombat, I’ll be more than happy to assist! Connect with me by email markjudge (@) loadthegame.com only
@@MarkJudgeLTG
Previous Apex Legends Funko Pop: Characters, Price, Release Date
Next The Art Of Cuphead Limited Edition: Cover, Page Count, Price, Release Date