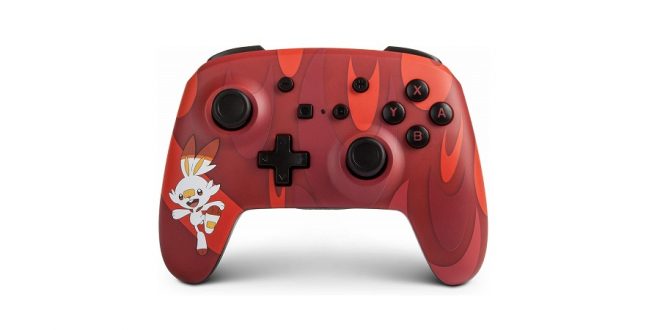 A new line of Pokemon Sword & Shield-themed enhanced wireless Nintendo Switch controllers are on the horizon from PowerA, featuring the three starter Pokemon from the latest games. Amazon has recently published product pages for all three controller variants, releasing lots of new information like the price and release date.

The three Pokemon that are featured on these controllers are Grookey, Sobble and Scorbunny. You can view the product page for each via the provided links. The price is set at $49.99 for each of the three controllers, and they also share the same release date of February 14th. The following is the official product description for each controller:

“Play your favorite Nintendo Switch games like a pro with this officially Licensed POWER A enhanced wireless Controller featuring Grookey. Designed for comfort during extended gaming sessions, this Bluetooth wireless Controller includes motion controls, mappable advanced gaming Buttons, and standard ergonomic layout. Enjoy up to 30 hours of gameplay with new alkaline batteries (other variables affect playtime) or add your own rechargeable batteries. Can be used when Nintendo Switch is docked or undocked. Does not support HD rumble, IR, or amiibo NFC. Not for use with Joy-Con only games.”

Pokemon Sword & Shield are available now exclusively for Nintendo Switch. It was revealed earlier this month that the games will be getting expansion passes, which will add new stories to the game filled with additional content. This marks a first for the series, as Nintendo would previously release updated versions of the games with the additional content. This new method will allow gamers to pick up right where they left of with their save files from the base game. One expansion is the The Isle of Armor, whereas the other is The Crown Tundra. Both include brand new monsters to catch, as well as the return of over 200 previously-released Pokemon. The expansion pass is available now and costs $30, with the first (The Isle of Armor) launching in June and the last (The Crown Tundra) launching in fall.