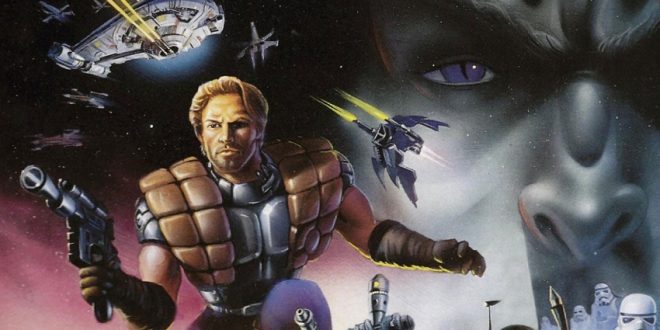 The classic Star Wars: Shadows of the Empire launched for the Nintendo 64 back in the 90s, and is still regarded as one of the finest Star Wars games of all time. The game’s soundtrack was also excellent, and now those who would like to listen to it on vinyl will be able to do so relatively soon.

Amazon has recently posted a product page for Star Wars: Shadows of the Empire, revealing things like the price, cover and release date. First up we have the tracklisting, which features 10 tracks that can be seen below:

1. Main Theme From Star Wars And Leia’s Nightmare (3:41)
2. The Battle Of Gall (7:59)
3. Imperial City (8:02)
4. Beggar’s Canyon Chase (2:56)
5. The Southern Underground (1:48)
6. Xizor’s Theme (4:35)
7. The Seduction Of Princess Leia (3:38)
8. Night Skies (4:17)
9. Into The Sewers (2:55)
10. The Destruction Of Xizor’s Palace (10:44)
“First ever LP release! Developed by LucasArts, this Star Wars video game quickly sold 1 million copies for the Nintendo 64 system. A Windows version followed and sold out reissues keep the game in consumer consciousness. The soundtrack was created by Grammy winning composer, Joel McNeely, and recorded w/ the Royal Scottish National Orchestra. The art features the main Star Wars characters and was created by legendary illustrator, Drew Struzan, (Blade Runner, Indiana Jones, Back to the Future).”
The following is pressed on one vinyl LP, and the price is currently listed as $21.98. Amazon prices do tend to fluctuate, but it has a pre-order guarantee so they’ll charge you the lowest price ever offered if it ends up going down. The release date is set for August 7th, and you can check out the cover below. 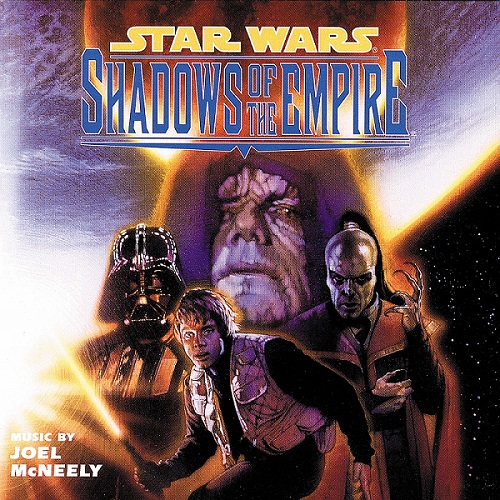