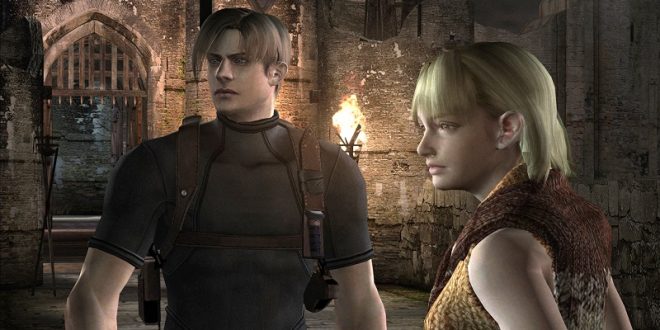 The beloved Resident Evil 4 launched 15 years ago, and changed survival horror – and the Resident Evil series itself – forever. A completely revamped control scheme nixing tank controls for an over-the-shoulder approach mixed with a greater emphasis on action proved to be a risk that paid off in spades for Capcom. Now that game’s soundtrack is coming to vinyl, and we have all the details for you.

Amazon recently posted a product page for Resident Evil 4 (Original Soundtrack) on vinyl, revealing things like the price, cover and release date. First up we have the official product description, which is the following:

“Laced Records and Capcom team up once again to bring fans Resident Evil? soundtracks on audiophile-quality vinyl. Pre-orders are now open for the Resident Evil? 4 soundtrack on four LPs, featuring remastered audio from the 2005 Nintendo GameCube? title, and brand new vinyl sleeve artwork by Boris Moncel. Resident Evil 4 fundamentally changed the survival horror series by injecting action gameplay moving to a more action-packed over-the-shoulder camera. The gaming world continues to celebrate it as one of the most tightly designed and inventive video games ever made ? a true classic that inspired many other games across several genres. For the music score, composers Shusaku Uchiyama and Misao Senbongi ratcheted up the tension with layers of unsettling electronic sounds and percussion loops; and also created fan favourite tracks ?Serenity? and ?Save Theme? suffused with anxious, atmospheric synths.”

There are a whopping 61 tracks featured here, which are pressed on four vinyl discs. The tracklisting is the following:

1. End of Umbrella
2. The Drive – First Contact
3. Ganado I
4. A Strange Pasture
5. A Ruined Village
6. Ganado II
7. Serenity
8. Ganado III
9. Del Lago
10. Noche
11. El Gigante
12. Echo in the Night
13. Bitores Mendez
14. Hard Road to the Castle
15. Game Over
16. Catapult
17. Garrador
18. Ganado IV
19. Cold Sweat
20. Target Practice
21. Novistadors
22. Central Hall
23. Agony
24. Evil Malaise
25. Crazy Cultist Drivers
26. Bad Vibes
27. Verdugo
28. Robo-Salazar
29. Tower of Death
30. Salazar
31. Save Theme
32. Infiltration
33. Ganado V
34. Regenerador
35. U-3
36. Path to Closure
37. Krauser
38. Back-Up
39. Final Battle
40. The Escape
41. Horizon
42. Sorrow (Ending Credits)
43. Result
44. The Mercenaries
45. The Mercenaries-Leon
46. The Mercenaries-Ada
47. The Mercenaries-Krauser
48. The Mercenaries-Hunk
49. The Mercenaries-Wesker
50. Assignment Ada
51. Assignment Ada End Roll-Tarde
52. Assignment Ada End Roll-Noche
53. The Another Order
54. Ganado VI
55. Interlude
56. Intention
57. Shipyard
58. End and Aim
59. The Enemy
60. Time Limit
61. The Another End
Considering that this thing is being pressed on four vinyl records, it should come as no surprise that this soundtrack is not going to be cheap. Amazon currently has the price listed as $96.98, which is certainly no joke. However, their prices do tend to fluctuate, but a pre-order price guarantee ensures that you’ll get the cheapest price ever offered. The soundtrack releases on June 26th, and you can check out the cover at the bottom of this post.
In related news, rumors originating from reliable sources claim that a remake of Resident Evil 4 is currently in the works. Things are reported to be in the very early stages, with Capcom apparently planning to release the game at some point in 2022. This would come a year after the release of the rumored Resident Evil 8, which is expected to be revealed in the next few months and launch early next year. 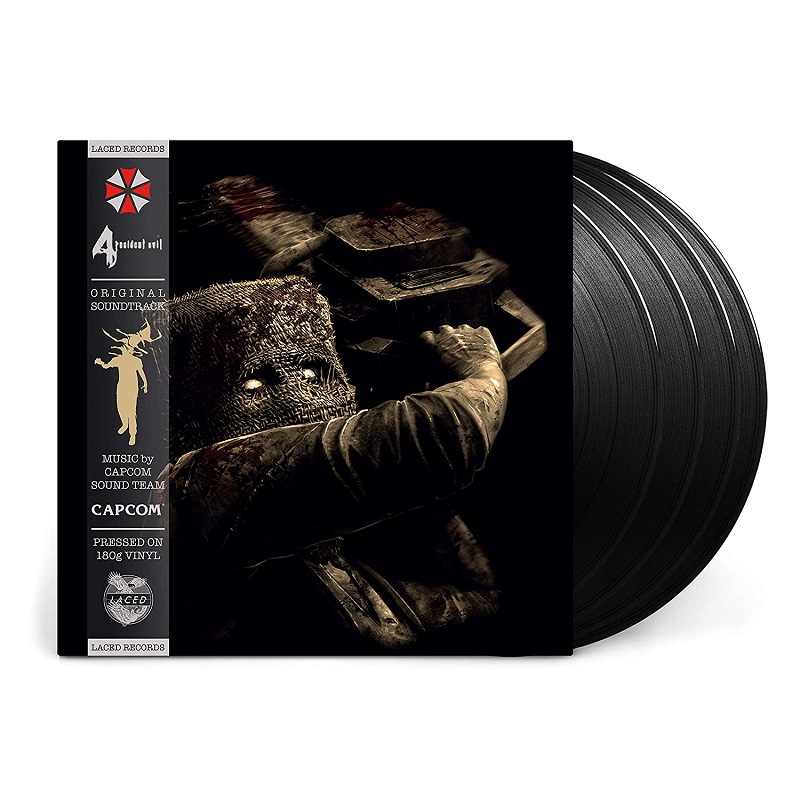