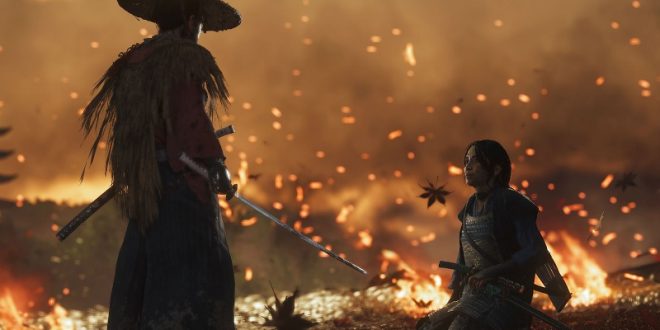 Ghost of Tsushima has been one of most heavily-anticipated PlayStation 4 exclusives for some time now, and following some delays the release is finally on the horizon. The game recently went gold, meaning that it’s finished and ready for mass production. We also know that it will have a day one patch, and the file size has been revealed.

This information comes from Twisted Voxel, who reports that the day one patch will be roughly 7.7 GB. This is pretty sizable, but many day one patches for AAA games are of similar size considering how big the overall game is. There are patch notes, though they are brief and extremely vague. They are the following:

For those unfamiliar with the game, it is an action adventure game with an open world that takes place on Tsushima Island during the first Mongol invasion of Japan in the 1270s. Combat has been shown to be slower and much more challenging than that of similar action adventure games, as users must balance defending, parrying and attacking in order to take down the game’s foes.

Ghost of Tsushima will launch for exclusively for PS4 on July 17th, and it’s developed by Sucker Punch Productions. The game is also confirmed to have support for PS5, though details on that have not yet been revealed.