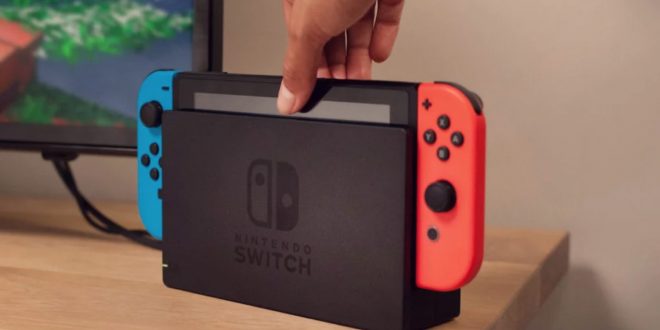 It appears that the prototype Nintendo NX logo has been leaked

It appears that the logo and boot animation for the Nintendo NX, the Switch’s prototype, have been found and posted online.
The Switch’s first codename, NX, was initially made public in March 2015 as part of a press release announcing Nintendo’s collaboration with mobile developer DeNA.

This codename remained attached to the console for more than 15 months. The Switch would not be formally introduced by Nintendo until October 20, 2016.

Nintendo never displayed an NX logo, therefore the console was never outwardly visible until now, even though it has been known as the NX for 19 months.
Paul Kelly, a game translator and preservationist, tweeted on Sunday that a Mario Kart 8 Deluxe early prototype had been found on an EMMC ODIN prototype chip (an early version of the Switch board).

The prototype that Kelly referred to on archive.org has now been removed.

A few hours later, Kelly asserted that the prototype contained an early version of the NX’s logo and boot-up animation.

While it’s still possible that this is a sophisticated scam, the video and screenshots that have been posted from the Mario Kart 8 Deluxe prototype seem real.

The Nintendo Switches Codename was the NX and this was an early Logo / Boot Up animation used during development of the Console ( It was found in the Mario Kart 8 Deluxe Prototype ) This was never seen outside Nintendo pic.twitter.com/B1bS5zCKOu

The prototype was created on October 18, 2016, two days before the Switch’s new name was first revealed.

Nintendo said earlier this month that as of September, hardware sales for the Nintendo Switch had reached 114.3 million units.

NOTE: Made an oopsie and only realized after posting that the first screenshot is for triggering the Amiibo costumes. My bad lol.

Switch surpassed Wii’s 101.63 million sales earlier this year to become the most popular Nintendo home console of all time. Before it reaches the 154.02 million Nintendo DS units sold and the 118.69 million Game Boy (and Game Boy Color) units sold, it still has a ways to go.

Only PlayStation 4 (116.6 million) and PlayStation 2 (155 million) have outsold Nintendo Switch among platforms other than Nintendo’s own.

Old-school gamer with a cheeky tongue that gets me in trouble. When I'm not playing games, I'm writing about them, preferably in the vicinity of a fridge! Oh, and if you're a Justin Bieber fan, I'm afraid we can't be friends!
Previous Black Friday Hands in the UK Sales Charts Large Sales Gains for Sony Games
Next Marvin the Martian is visiting MultiVersus right now