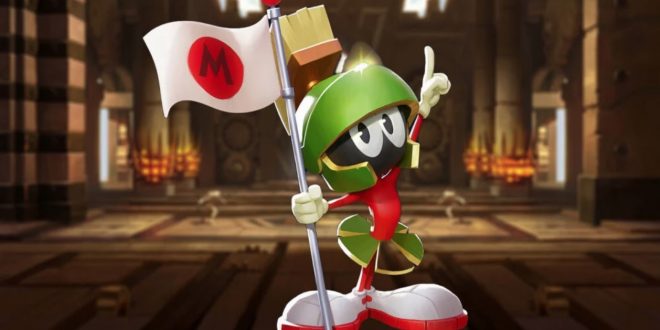 It has been confirmed that Marvin the Martian will visit MultiVersus later today.

The Looney Tunes figure would be making an appearance in the game at some point, according to the developer Player First Games, who made the announcement last week but did not give a firm release date.

The arrival of Marvin has now been officially announced on the game’s official Twitter page for today, November 21, at 10 AM PST, 1 PM EST, and 6 PM GMT.

Before then, the game will be unavailable for around an hour for maintenance, as is customary when a new character is added.

Eric Bauza, who currently provides the voices for a number of Looney Tunes characters and has already played Bugs Bunny in the game, will be lending his voice to Marvin.

Although Marvin’s fighting style has not yet been revealed, MultiVersus dataminer LaisulMV was able to locate it last week after the release of the Season 2 update and posted it on Twitter.

Message from Mars! Marvin arrives in our orbit tomorrow!! We'll have downtime from 9:00am to 10:00am pst. Tune in to our Marvin stream at 9:30am! #MultiVersus @LooneyTunes https://t.co/SPvej2lZNk pic.twitter.com/rHVjH0plxj

With a blaster, a pistol, and the ability to fire bubble projectiles, it appears from this leaked moveset that Marvin will mostly focus on projectile assaults.

Additionally, last week saw the formal announcement of the addition of a Game of Thrones stage to MultiVersus, complete with “all the risks and traps you’d come to anticipate from the kingdom of Westeros” and a remix of the theme song that changes based on the action on-screen.

There will be more confirmed characters for Season 2 even if Marvian the Martian is now the only one, according to Player First Games’ description of him last week as “one of the new characters who will be joining the MultiVersus roster in Season 2.”

While Rick and Morty were confirmed at the start of Season 1, other characters that hadn’t been revealed at the same time soon followed, such as DC antihero Black Adam and Gizmo and Stripe from Gremlins.

Old-school gamer with a cheeky tongue that gets me in trouble. When I'm not playing games, I'm writing about them, preferably in the vicinity of a fridge! Oh, and if you're a Justin Bieber fan, I'm afraid we can't be friends!
Previous It appears that the prototype Nintendo NX logo has been leaked
Next Now available are the Pokémon Squishmallows