Breaking News
Home » NEWS » The Outbound Ghost, a creepy tribute to Paper Mario, will be released in December 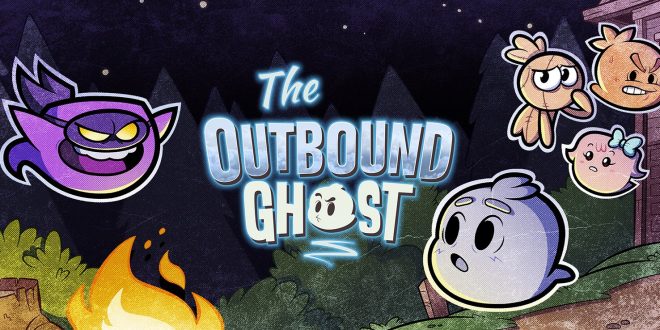 The Outbound Ghost, a creepy tribute to Paper Mario, will be released in December

We started to worry that the adorable-looking RPG The Outbound Ghost wouldn’t make it to the Switch in 2022 when its physical release was delayed from the previously scheduled date of November 25. Fortunately, a statement from the game’s publisher Digerati and developer Conradical Games has lifted our spirits. The statement said that the game will first be available digitally on the Switch on December 1 before being made available in physical form the following day.

We have been eagerly awaiting the arrival of this adorable little ghosty on Switch since its successful launch on Steam earlier this year. What’s not to appreciate about this Paper Mario tribute game with its “hand-made” landscapes and characters, clever narrative, and timing-based combat?

Take a closer look at the following information from Digerati Games for more information on the game’s features:

Helping spirits reach the afterlife is the focus of the adventure role-playing game The Outbound Ghost. The town of Outbound, which houses disturbed spooks with unresolved earthly issues and damns them to a lifetime of haunting their former, ahem, haunts, is a ghost town in every sense of the word.

To aid Outbound’s undead citizens in finding peace and releasing them from the restrictions of their ghostly limbo, one must battle the past, acquire new skills, solve puzzles, and explore the mysteries of the place.

vivacious characters Along the way, meet a charming cast of spooks, each with a mystery to solve.
Combat situations: Make use of the figments of your past self as party members in turn-based fights by unlocking emotions like regret, camaraderie, and jealousy.
Aspects System: Create badges from the resources won in battles that may be used for a variety of effects and stat increases.
A 2.5D world: Adorable paper-style figures live in a richly detailed universe to create a visually appealing aesthetic that is immediately appealing.

The game will cost $24.99 (about £21) when it launches on the Switch eShop, with an initial launch-day discount of 20%. Over the upcoming months, a number of updates, including reworks and extra post-game bosses, are planned for console.

We can hopefully get spooky again soon if the team is able to make this deadline.

Old-school gamer with a cheeky tongue that gets me in trouble. When I'm not playing games, I'm writing about them, preferably in the vicinity of a fridge! Oh, and if you're a Justin Bieber fan, I'm afraid we can't be friends!
Previous Deus Ex Go is one of four mobile games from Square Enix Montreal that are being discontinued
Next Sony is concerned that Call of Duty will make PS Plus’s loss to Xbox Game Pass even worse