Breaking News
Home » NEWS » According to reports, GPU shipments dropped by the “largest amount since the 2009 recession” last quarter 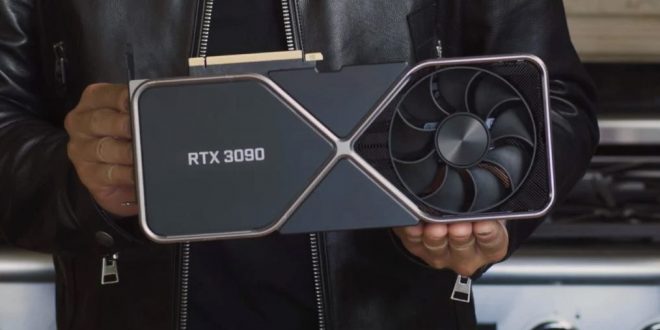 According to reports, GPU shipments dropped by the “largest amount since the 2009 recession” last quarter

According to a recent report, shipments of PC-based graphics processing units (GPU) decreased 25% year over year in the most recent quarter.

According to the Jon Peddie Research research, which was observed by Tom’s Hardware, 75.5 million GPUs were sold in Q3 2022, and it is anticipated that between 2022 and 2026, the GPU install base will increase by 2.8%.

This is “the largest drop since the 2009 recession,” the paper claims.

Despite the fact that the third quarter “usually has the largest growth compared to the previous quarter,” the research shows that overall GPU shipments in Q3 2022 fell by 10.3% from Q2 2022.

The report’s author, Jon Peddie, president of Jon Peddie Research, hypothesizes a variety of explanations for the sharp decline. He claimed that “all the corporations cited different, and occasionally identical, reasons for the downturn.”

The suspension of cryptocurrency mining, difficulties resulting from China’s zero-tolerance policies and rolling shutdowns, US sanctions, user circumstances resulting from the Covid buying run-up, the Osborne effect on AMD while gamers wait for the new add-in-boards (AIBs), inflation and the higher prices of AIBs, overhang inventory run-down, and a bad moon out tonight.

Asserting that “typically, the feeling is that Q4 shipments will be down, but average selling prices will be up, supply will be fine, and everyone will have a good holiday,” Peddie pointed out that the decline is not always a symptom of a serious catastrophe.
Nvidia was fined $5.5 million by the US Securities and Exchange Commission (SEC) in May for allegedly failing to disclose the impact of cryptomining on the sales of its video cards.

The SEC brought allegations against Nvidia for its fiscal year 2018 reporting, alleging that the company overstated gaming revenue growth while concealing its connection to the volatile cryptocurrency market.

Cryptomining has been held responsible for years of video card shortages, including those affecting Nvidia’s GeForce line.

Old-school gamer with a cheeky tongue that gets me in trouble. When I'm not playing games, I'm writing about them, preferably in the vicinity of a fridge! Oh, and if you're a Justin Bieber fan, I'm afraid we can't be friends!
Previous This week’s top 10 physical game sales in Japan comprised 96% of Pokemon Scarlet & Violet
Next Season 3 of Fall Guys features Bikini Bottom thanks to a SpongeBob SquarePants collaboration