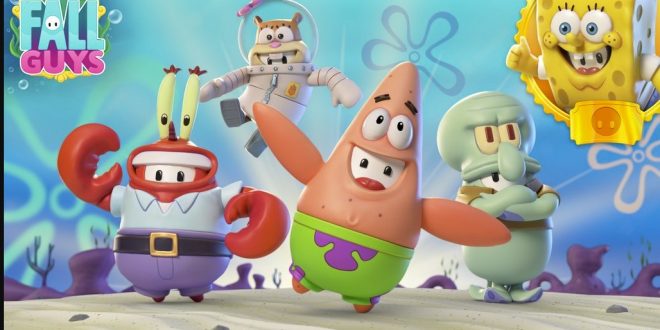 The nautically themed Sunken Secrets, Fall Guys’ most recent seasonal update, recently began. It includes several new stages as well as a ton of new cosmetic items, including mermaid costumes, sailor hats, and lobster claws. But Fall Guys wouldn’t be Fall Guys without a crossover, and this one is a big one.

Yes, SpongeBob SquarePants and a few of his friends will be available as unlockable outfits in the game:

SpongeBob’s chums are coming to the Fall Guys Store on 1st December! That’s just 604800 seconds away!!

also @SpongeBob is in the Season Pass?! Nobody talk to me, I’m trying to get to Level 100 pic.twitter.com/bv3qAdEVN1

The season pass includes SpongeBob, while characters like Patrick, Sandy, Squidward, and Mr. Krabs will be sold in-game. Even Gary the snail shows up as a hat that can be worn. Beginning on December 1, these outfits will be offered alongside other cosmetics like patterns, emotes, and nameplates.

Which SpongeBob costume do you prefer? In the comments section below, be creative.

Old-school gamer with a cheeky tongue that gets me in trouble. When I'm not playing games, I'm writing about them, preferably in the vicinity of a fridge! Oh, and if you're a Justin Bieber fan, I'm afraid we can't be friends!
Previous According to reports, GPU shipments dropped by the “largest amount since the 2009 recession” last quarter
Next NieR: Automata sales increase to seven million after the release of Switch