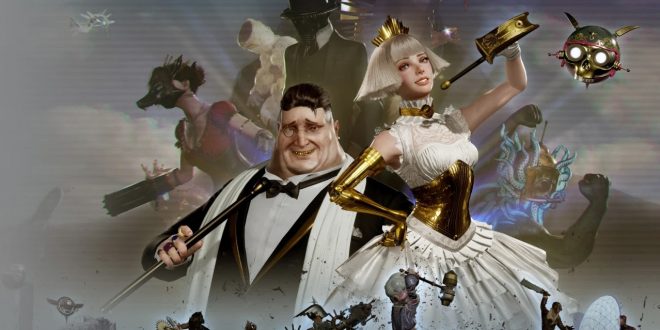 Deathverse: Let It Die Will Be Redeveloped After Going Offline

Developer GungHo Online Entertainment has revealed it will be shutting down the servers for the free-to-play game Deathverse: Let It Die less than four months after it was released. The game will have been available on the PS Store for less than a year when it is taken down on July 18, 2023. This won’t be the last you see of it, though.

The company admits it is discontinuing the PS5, PS4 experience so it can be redeveloped and rereleased “with significant upgrades [that] will allow it to be enjoyed by a larger audience as well as our present gamers,” according to the firm. Despite having to deny players access, GungHo believes that this is the best course of action for the game at this time. According to a post on the official Deathverse website, “We will be trying our utmost to prepare for the re-release so that our present community can enjoy the game with many more new players in the future.”

The team cites matchmaking and lag problems as the reasons why the game is being temporarily suspended. GungHo Online Entertainment will halt the servers for an unkown period of time until Deathverse is reconstructed, saying that “although we have tried numerous solutions to some degree of success, we have not been able to tackle the underlying difficulties.”

The premium currency Death Metal will no longer be sold between now and the server termination on July 18, 2023, and season two as a whole will be made available. Season 3 will, however, only “partially” premiere. Finally, the blog post says: “We in the development team sincerely regret the abrupt notice to our devoted players. We would like to sincerely thank all of our gamers for their support and extend our sincere regrets.”

The free-to-play sequel to the PS4 game Let It Die seems to have had trouble attracting a player base, or at least one as sizable as that of its predecessor. Let It Die received support for several years after release for a dedicated audience, which included Sony’s own Shuhei Yoshida. Let It Die was not the most well-liked game on Sony’s last-generation console. The hope now is that GungHo Online Entertainment can pull a Final Fantasy XIV and come back with a better and more well-liked game.

Old-school gamer with a cheeky tongue that gets me in trouble. When I'm not playing games, I'm writing about them, preferably in the vicinity of a fridge! Oh, and if you're a Justin Bieber fan, I'm afraid we can't be friends!
Previous PowerWash Simulator, a cult favorite, will launch on PS5 and PS4 later this month
Next Producer of the upcoming Switch action role-playing game Story of Seasons from Rune Factory