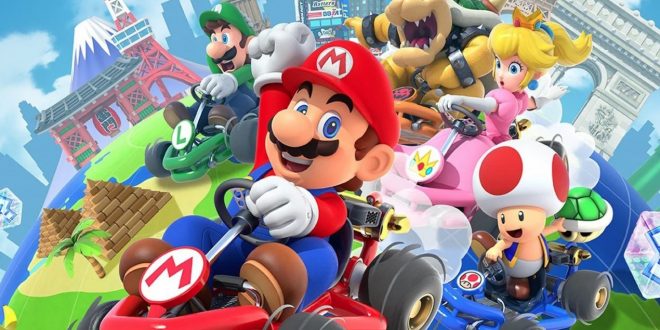 A new event is about to start as Nintendo’s mobile racing game Mario Kart Tour begins to wrap up its Space Tour. Racer participation in the new Winter Tour will be available beginning next week, on January 25.

There will also be a fresh batch of Mii racing suits as part of this. The Roaring Racer suit has already been teased. This appears to be followed on February 7th by the 25th wave of suits:

It's time for Mii Racing Suits wave 24 in #MarioKartTour! A new Mii Racing Suit is coming in the next tour. Check out the video for more information! pic.twitter.com/K0OEvTw4w1

There is also Mario Kart 8 Deluxe if Mario Kart on mobile devices isn’t your thing. Nintendo is still releasing DLC waves, in fact. The third wave of the Booster Course Pass was the most recent. More information on this and Mario Kart Tour can be found in our earlier coverage:

Old-school gamer with a cheeky tongue that gets me in trouble. When I'm not playing games, I'm writing about them, preferably in the vicinity of a fridge! Oh, and if you're a Justin Bieber fan, I'm afraid we can't be friends!
Previous Voice actors for Fire Emblem Engage formally introduce their characters
Next The PS5 version of Marvel’s Spider-Man 2 is astounding and enormous