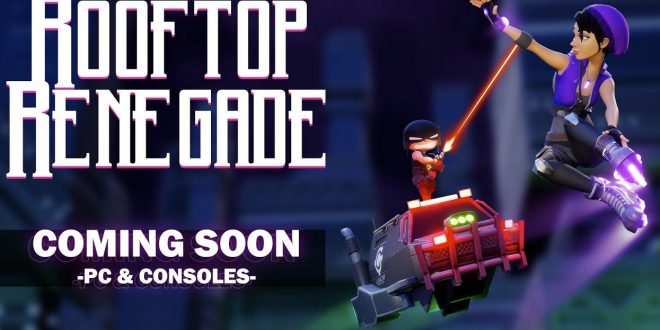 In “Rooftop Renegade,” skater platforming adopts a futuristic aesthetic and will switch next month

Rooftop Renegade, the debut game from South Australian independent developer Melonhead Games, appears to be a cross between the smooth skating platforming of OlliOlli World and the sport of rollerblading (or, if we’re being picky, “hoverblading”). Additionally, the game’s publisher, The IndiEXP, has revealed that it will launch on Switch on February 17.

Although there are significantly more guns and explosions this time around compared to the skater-platformer from last year, it is still nice to see some 2D skating (even if it is of the roller variety).

You take on the role of Svetlana in Rooftop Renegade as she moves across the rooftops of a futuristic city in an effort to escape the grasp of the evil Globacorp. The gameplay quality will depend entirely on how fluid the movements feel, and based on the aforementioned trailer, it appears to be doing well in that regard despite the visuals’ somewhat mobile-like appearance.

Check out the following from the publishers for some additional information on the upcoming skater and some crucial screenshots:

ROOFTOP RENEGADE is an action-platformer all about speed & flow. Evade capture through futuristic skyscrapers channelling powerful abilities from your hoverblades.
Boost through levels under constant bombardment, avoid dangerous hazards, and make split-second decisions that mean the difference between a new personal best or total wipeout.

FAST AND FLUID GAMEPLAY
Master precise controls and smooth physics to get into the zone. Blast through levels at high speeds while chaining together abilities and making split-second pathway decisions. Pursued by the sinister Globacorp, avoid capture while avoiding hazards and traps caused by income fire from gunners.

EVERYBODY RUNS, EVERYBODY GUNS
Gear up to take on challenging levels alone or grab some controllers to disrupt your friends in chaotic offline multiplayer. Take turns in up to 3v1 asymmetric rounds to set your best time as the runner while your rivals disrupt you, then take control of a gunner to defend your record.

MIX IT UP
Create fresh challenges with the seed-based Generator Mode. Enter a keyword to dynamically generate a level from a variety of worlds, layouts, hazards, and enemy combinations. Pick your perfect loadout and dive into a new run to master. 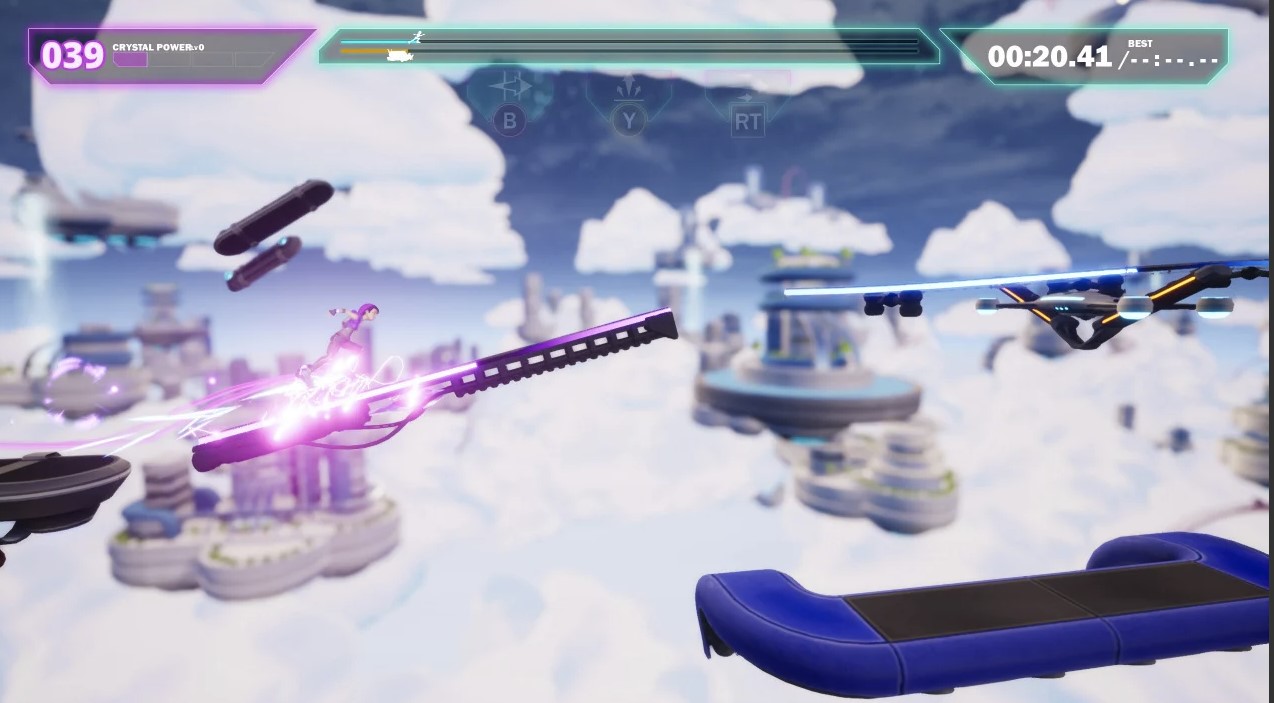 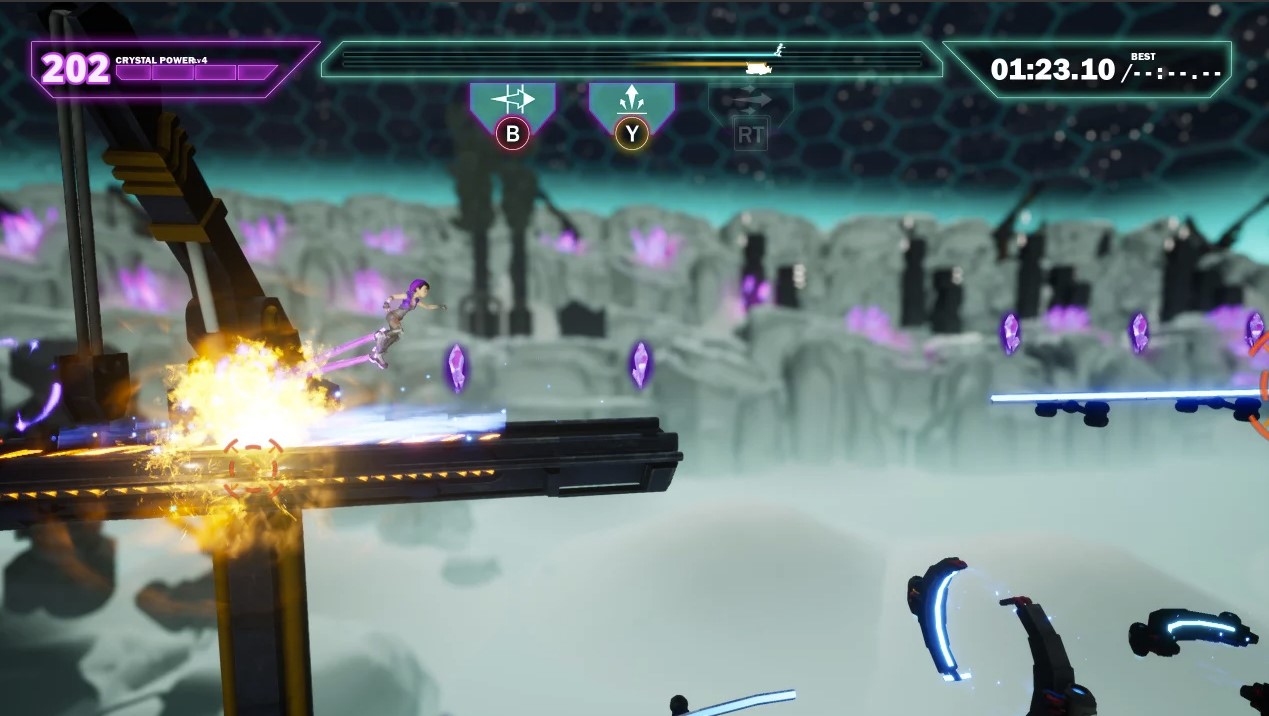 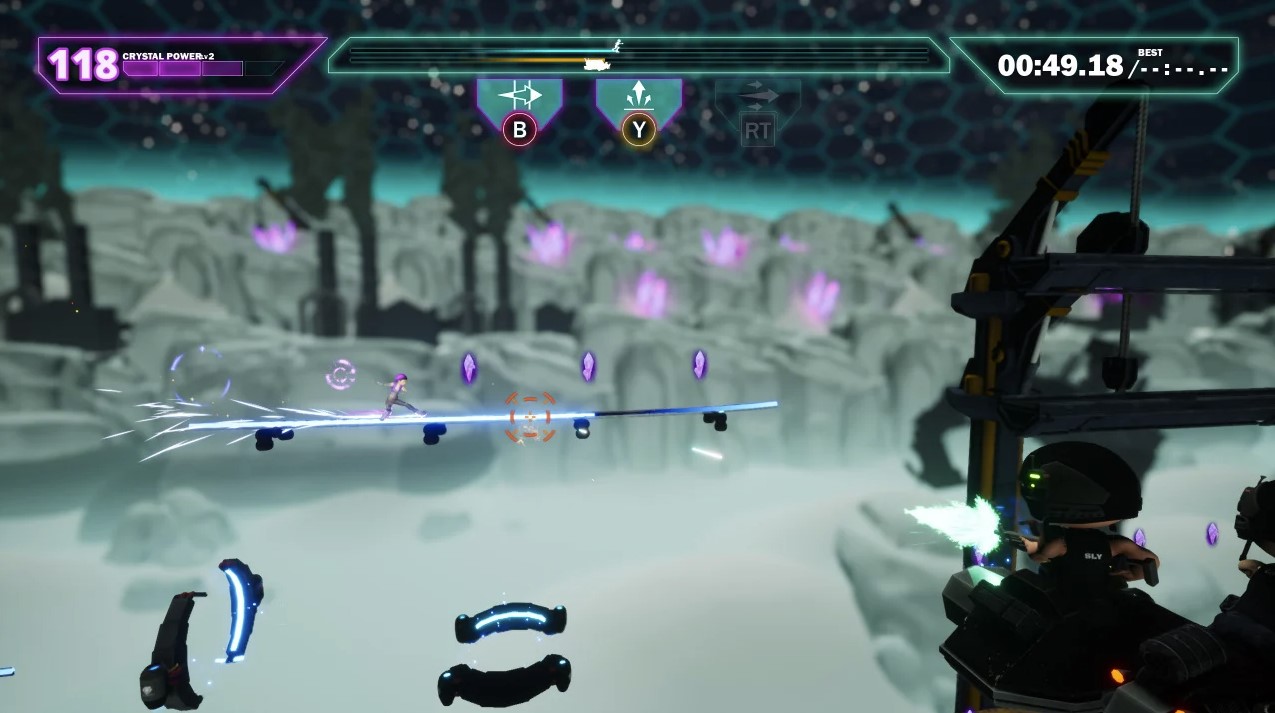 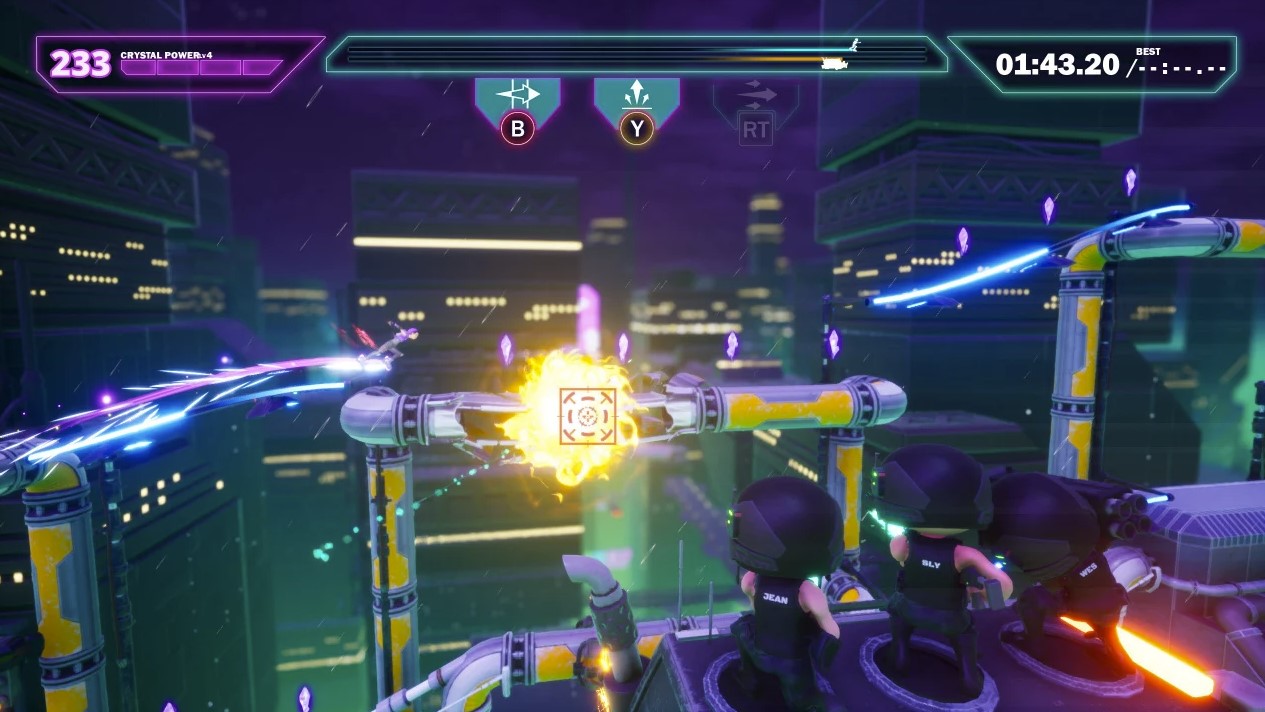 Old-school gamer with a cheeky tongue that gets me in trouble. When I'm not playing games, I'm writing about them, preferably in the vicinity of a fridge! Oh, and if you're a Justin Bieber fan, I'm afraid we can't be friends!
Previous Snipperclips, A Fantastic Co-Op Puzzler, Is The Upcoming Nintendo Switch Online Game Trial (Europe)
Next The most recent Atari game to receive a “recharge” is Caverns of Mars