Breaking News
Home » OPINION PIECES » What is conciliation and how it is used for conflict resolution? 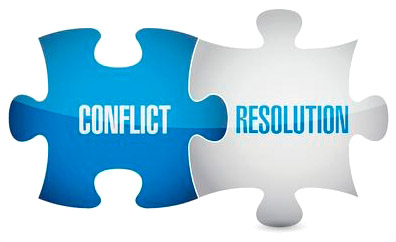 What is conciliation and how it is used for conflict resolution?

Dispute resolution is a process in which two conflicting parties try to resolve their dispute by using different peaceful methods like concilication, meditation and arbitration. All of these methods are mostly dependent on verbal communication unlike other non-peaceful methods of conflict handling.

In conciliation process a third party is appointed as a conciliator. A conciliator has to be the person of good reputation, educated  and should know thoroughly about the nature of dispute. The main task of the conciliator is to provide opportunities to both parties so that they can resolve mutual concerns regarding each other. While choosing a conciliator it is important to take in consideration that he should be a neutral person and have no biases towards related parties of dispute.

When conciliation can be used

Conciliation can be used in disputes for disputes of trivial nature like monetary issues , customer and labour issues. It is not used to resolve criminal cases like theft, murder, fraud etc as thses types of case came under the jurisdiction of court. Because conciliation is a kind of  binding agreement it can be enforced on the parties and any parties cannot back off from it as it can bring penalties and other consequences.  During process of conciliation conciliator can ask about the details of disputes and can also ask for extra information or documents proofs from the both parties.How dispute resolution proceedings will go on is also dependent on concilatoras as he can invite parties to resolve conflict and come to an agreement which can be oral or in written form.

How are conciliators selected?

One of the most important steps of the conciliation process is the choice of suitable conciliator as he plays an integral role in the process. So that’s why a conciliator should be a person who is respected and acknowledged by both parties so that they have no doubt about the transparency of the process. The parties can get help of proper organization or individuals in order to get help in enlisting conciliar as both parties can pay organization to to help them in recommendation of suitable persons as  these days many organizations are providing conciliation services in return of small amounts of money.

After reaching mutual agreement both parties and conciliator should keep all methods and agreements confidential .In order to make the process more effective most of the time written agreements are signed which act as binding documents and have signature of both parties and conciliator on them . So that in case of any violation, the violated party can be legally  challenged. Due to the binding nature of agreement, conciliation is one of the most effective ways of dispute resolution as due to fear of legal actions most of the times parties don’t go against the agreement. As peaceful resolution of disputes is an easy and mutually beneficial process for both parties this method should be used for resolution of small disputes instead of bringing small cases to court of law.

Tech enthusiast and RPG gamer, I've been surrounded by technology and PC hardware my entire life. I'm fascinated by anything mobile, and when I'm not tinkering with some newly released gadget, I love to immerse myself in the epic tales of Role Playing Games.
Previous Creative Content Diverts Zelda Fans Awaiting the Latest Installment in the Series
Next How to play online slots on your iPad