Breaking News
Home » NEWS » Xbox One vs PS4: Microsoft is turning the tide 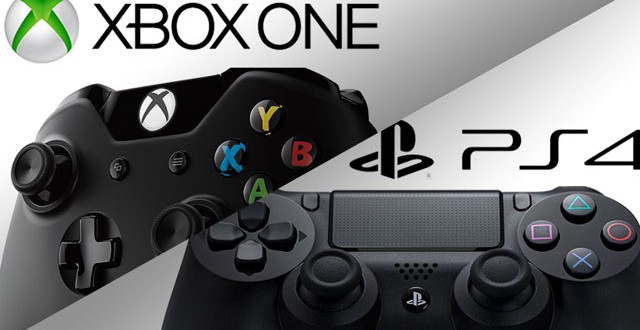 The Xbox One vs PS4 battle is taking an unexpected turn

Xbox One vs PS4: Microsoft is turning the tide

Believe it or not, the Xbox One is actually making a real comeback at the moment in its “fight” against the PS4. Sony has been leading in the “console wars” for ten consecutive months until November when Microsoft finally ended that winning streak. Now according to the latest data disclosed by Google, it seems that people have in fact been been very interested in the Xbox One this year. The console managed to grab seventh place in the search giant’s top 10 trending consumer electronics list for 2014. In other words, a plethora of people used the search engine to learn more about the Xbox One, while also undoubtedly looking up all the various promotions and price cuts announced by Microsoft these last several months. But what about the PS4?

Strangely enough, Sony’s console is nowhere to be found on the top 10 list even though most people would agree that it sold more copies and is arguably more popular than its rival. Be that as it may, people’s search patterns on Google reveal that the Xbox One actually sparked quite a bit more interest than the PS4 did. It’s worth mentioning that this list is in regards to global search results, although the situation in the US is more or less similar. According to the statistics, the Xbox One ranked sixth in the United States this year while the PS4 is still missing in action on this list as well.

At the end of the day Sony continues to lead in the console wars by a few million units in terms of sales. However, both consoles are now just one year old and the situation might very well change next year for all we know. But sales aside, in 2015 we’ll see plenty of great exclusives for both the Xbox One and the PS4, so we can safely say that next year will be an awesome one for gamers regardless of your platform of choice.

I’m Load The Game’s co-founder and community manager, and whenever I’m not answering questions on social media platforms, I spend my time digging up the latest news and rumors and writing them up. That’s not to say I’m all work and no fun, not at all. If my spare time allows it, I like to engage in some good old fashioned online carnage. If it’s an MMO with swords and lots of PvP, I’m most likely in it. Oh, and if you’re looking to pick a fight in Tekken or Mortal Kombat, I’ll be more than happy to assist! Connect with me by email markjudge (@) loadthegame.com only
@@MarkJudgeLTG
Previous BlackBerry Classic launched, will be available at Verizon and AT&T
Next Project Tango development kit being offered up to developers