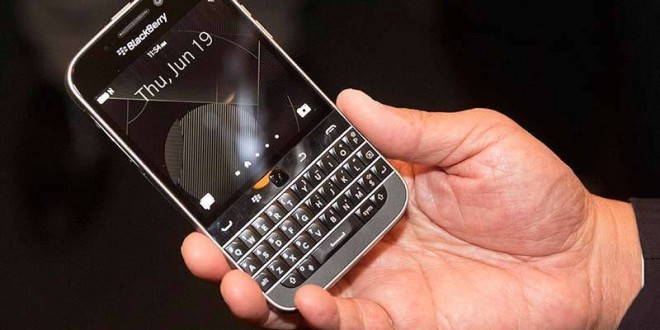 The BlackBerry Classic should be coming to AT&T and Verizon soon enough.

BlackBerry Classic launched, will be available at Verizon and AT&T

The BlackBerry Classic, even though a throwback, is a best-seller so far, alongside the Passport, selling in big numbers and getting good reviews. The Passport is intended for power users who like the unconventional design of the phone, while the BlackBerry Classic aims to impress original BlackBerry fans as well as convert Android or Apple fans, and give the average user a high-end experience. We can’t wait to see the BlackBerry Classic released in the U.S. and Europe and we can sincerely congratulate John Chen for successfully launching two new products and bringing the company back onto its feet in a record amount of time. Kudos.

My life-long dream has been to test out every gadget on the market! Considering the fact that I've rapidly destroyed almost every gadget I've had so far, I'm not inclined to owning something, so my ideal outcome would be to have a different gadget each month. I'm really into smartphones, wearables and tablets and I love Playstation and Xbox, I'm sure I'll beat you at your own game (after a month of training... or two)
Previous Flappy Bird – The most popular video game of 2014?
Next Xbox One vs PS4: Microsoft is turning the tide

Blackberry 10.3.1 update to start rolling out for the Blackberry Passport next month

Blackberry Passport owners will be happy to know that a new major operating system update ...