Breaking News
Home » Tech » Blackberry 10.3.1 update to start rolling out for the Blackberry Passport next month 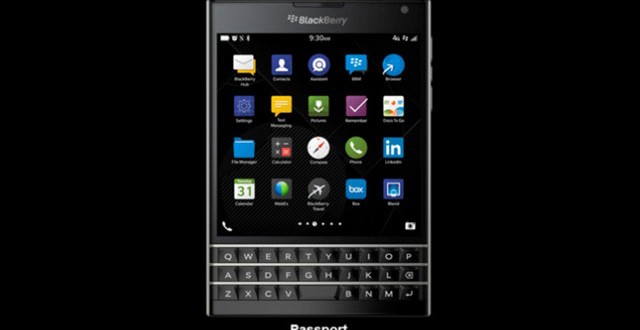 Blackberry 10.3.1 update to start rolling out for the Blackberry Passport next month

Blackberry Passport owners will be happy to know that a new major operating system update is currently in the works and should start rolling out as soon as next month. A couple of minor updates to 10.3.1 have recently leaked online and you can try them out if you wish, but as always, it’s advisable to wait for the official releases coming from the manufacturer itself. The most recent such update goes by the name of 10.3.1.2072 and doesn’t seem to bring a whole lot to the table aside from what was already available in 10.3.1.1949. Still, if you’re curious to see how the latest update changes things on the Blackberry Passport you can head over to Crackberry and give it a try.

Meanwhile, we don’t know what kind of changes will be included in the upcoming 10.3.1 update, but Ron Louks, President of Devices and Emerging Solutions has guaranteed that Blackberry will starting pushing it out in February. As always, the update will have to jump some hoops such as carrier approvals before being able to reach compatible devices, so it’s possible that not all Blackberry Passport users will be able to enjoy it next month. As a side note, the new update will not be exclusive to the Blackberry Passport and you can also expect to see it on a range of other devices, including some of the older models like the Z10 or Q10.

In other news, Blackberry recently revealed a limited edition Black and Gold Blackberry Passport smartphone. Although the device doesn’t feature actual gold, it’s very likely that many will still find the idea of owning one very appealing because the company is only making 50 units. In addition, the limited edition Blackberry Passport sports a leather exterior and you can also personalize it with a custom engraving. Needless to say, this variant is more expensive than the regular model and you will have to spend no less than $899 if you want to buy it.

I’m Load The Game’s co-founder and community manager, and whenever I’m not answering questions on social media platforms, I spend my time digging up the latest news and rumors and writing them up. That’s not to say I’m all work and no fun, not at all. If my spare time allows it, I like to engage in some good old fashioned online carnage. If it’s an MMO with swords and lots of PvP, I’m most likely in it. Oh, and if you’re looking to pick a fight in Tekken or Mortal Kombat, I’ll be more than happy to assist! Connect with me by email markjudge (@) loadthegame.com only
@@MarkJudgeLTG
Previous LG G2 Mini Android Lollipop update doesn’t seem to be coming anytime soon
Next Amazon Fire Phone 2 has to bring some real innovations if it wants to succeed

An AT&T exclusive BlackBerry Passport is in the works from the company, touting a refreshed ...