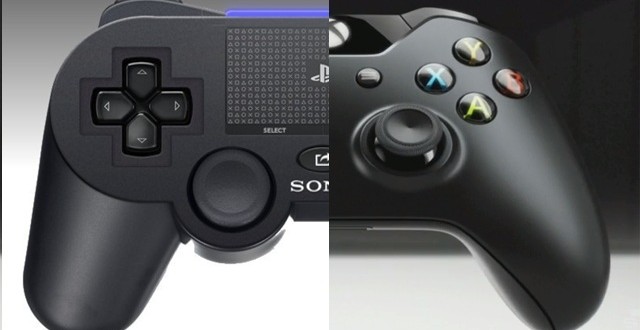 PS4 vs Xbox One: Sony keeps widening the gap with each passing month

It seems like only yesterday that Sony and Microsoft launched the PS4 and Xbox One consoles, but actually almost a full year has passed since then. The PS4 has been leading in terms of sales almost since the very beginning, however the Xbox One is not giving up without a fight even though it doesn’t appear to have made any significant progress as of late.

Back in April, Microsoft announced that it had shipped more than 5 million consoles while Sony was saying that 7 million PS4 units had already been sold as of April 6th. Fast forward a few months and we can see that this gap is widening more and more with each passing month.

According to the latest reports, Sony managed to sell a total of 11.45 million PS4 units until now while Microsoft was only able to sell 5.79 million Xbox One consoles. The reports also mention that the Wii U sold 7.35 million since its launch back in November 2012. The results are a bit surprising considering that Microsoft has been putting a lot of effort as of late into supporting its console with monthly updates and various promotions.

The Xbox One even managed to sell more than 100.000 units in China just in its first launch week which is certainly a good sign for Microsoft. However, it seems like the Xbox One is still nowhere near the PS4 when it comes to sales and I don’t expect this to change any time soon.

On the bright side, the Xbox One is closing in on the Wii U and has managed to outsell it in September for the second consecutive month so there is still some hope. As EA pointed out earlier this year, the real PS4 vs Xbox One fight will take place this Holiday when both consoles will be one-year old. Well, the Holiday season is closing in fast so we’ll know soon enough if the publisher’s prediction will turn out to be true.

I’m Load The Game’s co-founder and community manager, and whenever I’m not answering questions on social media platforms, I spend my time digging up the latest news and rumors and writing them up. That’s not to say I’m all work and no fun, not at all. If my spare time allows it, I like to engage in some good old fashioned online carnage. If it’s an MMO with swords and lots of PvP, I’m most likely in it. Oh, and if you’re looking to pick a fight in Tekken or Mortal Kombat, I’ll be more than happy to assist! Connect with me by email markjudge (@) loadthegame.com only
@@MarkJudgeLTG
Previous Galaxy S6 release date, specs and rumors
Next iPad Air 2 vs. Lenovo Yoga Tablet 2