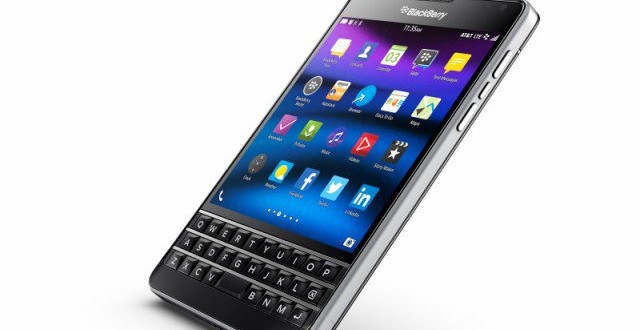 An AT&T exclusive BlackBerry Passport is in the works from the company, touting a refreshed design that won’t be as rigid as the original model. BlackBerry & AT&T decided to collaborate on a new BlackBerry Passport that will be found exclusively in AT&T stores, but if you are wondering whether customers of the carrier will get some special functions, better specs or new features, I have to disappoint you, since the companies said that the Passport will be basically the same, except for a few design elements.

According to the new dream-team, the AT&T exclusive BlackBerry Passport is “built for productivity”, but I don’t really see how four rounded edges will help people be more productive. They might not dig into their palms as much, but since the Passport isn’t designed for one-handed use, I don’t see how that is relevant. Nonetheless, the AT&T exclusive BlackBerry Passport should raise a bit of  awareness about the new flagship and the great functions it has to offer, which is ultimately a good thing in my mind. I’m a genuine fan of the Passport and I am glad that it is getting more and more attention.

The release date for the AT&T exclusive BlackBerry Passport hasn’t been disclosed yet, but at least we have some price information you can take a look at. According to AT&T and BlackBerry, you will have to pay $650 straight-up for the device without a contract, but if you are in need of a two year binding contract, you could get it for $200. I would personally choose the original BlackBerry Passport over the rounded edge-one “built for productivity”, but each to their own, I suppose. Even though the redesigned smartphone is more of a publicity and marketing stunt, I am still glad to see the high-end, unconventional device is receiving the attention it deserves.

My life-long dream has been to test out every gadget on the market! Considering the fact that I've rapidly destroyed almost every gadget I've had so far, I'm not inclined to owning something, so my ideal outcome would be to have a different gadget each month. I'm really into smartphones, wearables and tablets and I love Playstation and Xbox, I'm sure I'll beat you at your own game (after a month of training... or two)
Previous Microsoft Office free for Android 4.4 and Lollipop tablets
Next LG G4 vs Samsung Galaxy S6 vs iPhone 6S – Price, Specs and Features of 2015 flagships