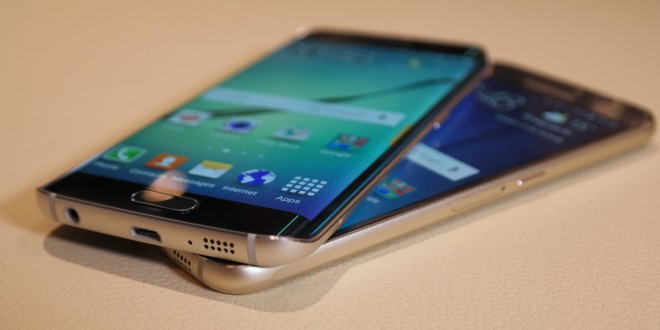 If you’re planning on buying the new Samsung Galaxy S6 or S6 Edge, you should be informed regarding the potential issues the new Samsung flagships might come with. Since the phones have been out for awhile now, it’s easy to form a more solid opinion about the phones based on user feedback. There’s an abundance of both positive and negative feedback regarding the Galaxy S6, with some pressing issues being predominant among users. Let’s see what exactly you should consider before buying your own S6 or S6 Edge.

While initial tests show that the Samsung Galaxy S6 has mediocre battery life and doesn’t suffer extensively because of this, user feedback has been saying otherwise. Many S6 owners have taken to Twitter and other social media outlets to express dissatisfaction with the new flagship’s battery life.

The battery life on the Galaxy S6 is atrocious! Trust me, I've already done everything to make it better and it's all very bad.

Complaints such as these are anything but uncommon. While our testing unit didn’t perform poorly, one cannot argue with the amount of people complaining about the battery life of the new Samsung Galaxy S6. We can obviously provide general tips for reducing battery drain (brightness reduction, battery management apps, etc.), if you’re unit is draining battery life exceedingly fast, you should consider returning it. Unfortunately, the new models don’t have removable batteries, so if you’re having issues, they are hard to fix.

Samsung users have been taking Micro SD support for granted for years now. Oddly, Samsung decided to give up on this feature, so internal storage is what you’re getting stuck with. Plan your purchase accordingly, as you won’t be able to boost storage capabilities on your Galaxy S6 or Galaxy S6 Edge.

While definitely not widespread, issues with Bluetooth or Wireless connectivity have been known to pop up for the S6. Particularly, the AT&T version of the Galaxy S6 can have problems connecting to wireless networks. This is a temporary issue however, and you can expect future updates to solve it outright. Still, it’s best to be prepared.

While generally speaking the Samsung Galaxy S6 performs exceedingly well, some versions of the UI can prove to be lagging or slow. This problem seems to be primarily a trait of the Verizon model, with several Verizon Galaxy S6 users reporting on slowly responding UIs.

App crashes are particularly annoying, and there’s quite a few that seem to close down without any explanation on the new Samsung flagships. These apps seem to be primarily social media apps, with Twitter crashing the most, followed by Facebook and even the Yahoo mail client.

These problems and bugs are not game-changing, and shouldn’t deter you from getting a Samsung Galaxy S6 (apart from the lack of Micro SD support) should you want one. The battery drain problems, if at all occurring, are likely caused by a faulty unit, so we advise returning it immediately should it show symptoms. You should expect you phone to last through a day without problems with normal use. As for the software-related issues and connectivity problems, these will likely be solved by future Android Lollipop updates. The 5.1 version of Android Lollipop for the Samsung Galaxy S6 and Samsung Galaxy S6 Edge have already been confirmed by the Korean tech giant, and are likely to land sometime in May. The update should take care of these issues, but if you’re concerned about such bugs and problems, it’s probably wise to hold off on a purchase until it’s actually out.

Old-school gamer with a cheeky tongue that gets me in trouble. When I'm not playing games, I'm writing about them, preferably in the vicinity of a fridge! Oh, and if you're a Justin Bieber fan, I'm afraid we can't be friends!
Previous League of Legends 5.8 patch is out, brings Ashe and Ryze rework
Next Snapdragon 808 bypasses overheating issues with great performance

Owners of Motorola smartphones are well aware of the advantages the brand brings. Along with ...