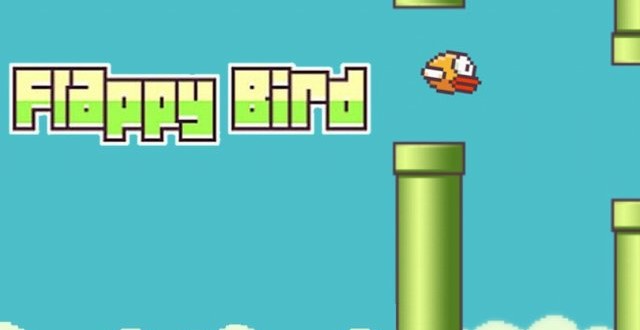 Flappy Bird – The most popular video game of 2014?

Forget about AAA titles like Destiny, Titanfall, and Watch Dogs, or highly rumored ones like Fallout 4 and Half-Life 3. Heck, forget even the highly anticipated Mass Effect 4 because the most looked up video game this year was none other than Flappy Bird. That’s right, a little mobile game developed by one person managed to spark more worldwide interest than any of the aforementioned titles. How do we know this? From our good friend Google of course. The search giant recently posted their “A Year in Search” results and it turns up that Flappy Bird ranked first on the top trending video games of 2014 list.

One would think that Destiny at least grabbed second place, but that’s far from being the case. Coming in closely behind Flappy Bird is another low budget mobile game that goes by the name of 2048. Rounding up Google’s top 5 trending games of 2014 we have FIFA 15 on third place, Destiny on fourth, and Titanfall on fifth. While a lot of american gamers will find this list rather strange, they can at least take comfort in knowing that the top trending video games of 2014 US list does not include Flappy Bird or 2048. Google revealed a top 10 list for the United States and it includes very few surprises.

First place on the list is naturally Bungie’s Destiny, followed by Respawn Entertainment’s Titanfall and Ubisoft’s Watch Dogs. Then, on fourth place we have ArcheAge, fifth place was taken by Call of Duty Advanced Warfare, sixth by Madden NFL 15, and seventh by Mario Kart 8. Finally, the last three spots on the list include Dragon Age Inquisition, Battlefield Hardline, and League of Angels. Interestingly, neither of the lists feature eSports titles, or even the ever-so-popular MMORPG World of Warcraft. Google also revealed that this year retro games like Shovel Knight and FTL: Faster than Light made a big comeback along with indie titles such as Flappy Birds and 2048.

I’m Load The Game’s co-founder and community manager, and whenever I’m not answering questions on social media platforms, I spend my time digging up the latest news and rumors and writing them up. That’s not to say I’m all work and no fun, not at all. If my spare time allows it, I like to engage in some good old fashioned online carnage. If it’s an MMO with swords and lots of PvP, I’m most likely in it. Oh, and if you’re looking to pick a fight in Tekken or Mortal Kombat, I’ll be more than happy to assist! Connect with me by email markjudge (@) loadthegame.com only
@@MarkJudgeLTG
Previous OnePlus ROM in the works, alongside a contest
Next BlackBerry Classic launched, will be available at Verizon and AT&T