Breaking News
Home » Tech » OnePlus ROM in the works, alongside a contest 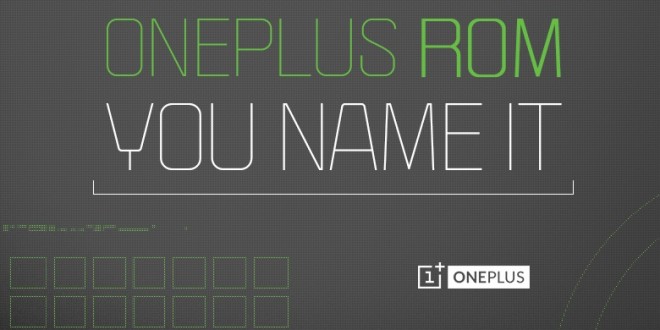 OnePlus ROM in the works, alongside a contest

A OnePlus One ROM seems to be in the works, which is great news since OnePlus and Cyanogen aren’t best friends anymore, a fact proven by the patent infringement complain intended by Micromax that resulted in the OnePlus One being banned in India. The OnePlus ROM will be an optional UI that OnePlus One users will be able to install, but we aren’t sure if the development of the ROM has anything to do with the unexpected partnership between Cyanogen and Micromax.

The OnePlus ROM will be available soon, but until then the company announced that it would organize a contest to find a new name for their custom ROM. The winners will be receiving a OnePlus Power Bank or a trip to the OnePlus headquarters in Shenzhen China and a 64 GB OnePlus One smartphone. We’ve no samples or screenshots of the OnePlus ROM but fans are hoping that the new custom ROM will keep some of the customization functions we’ve seen in CyanogenMod 11S.

The OnePlus Power Bank is new, too, since it has just been announced and should be coming to the OnePlus store soon. The Power Bank price will be set at $15 and will pack 10.000 mAH, so that you can charge your phone three times in one go. The Power Bank has two USB ports so that you can charge two devices at the same time, which is neat, even though you can find better options out there. Nonetheless, the OnePlus Power Bank is a great option and a cheap one at that. You’ll be able to purchase it in white or black to match your interior design or whatnot, and it features a LED indicator that flashes when you shake the bank and the device wakes up.

My life-long dream has been to test out every gadget on the market! Considering the fact that I've rapidly destroyed almost every gadget I've had so far, I'm not inclined to owning something, so my ideal outcome would be to have a different gadget each month. I'm really into smartphones, wearables and tablets and I love Playstation and Xbox, I'm sure I'll beat you at your own game (after a month of training... or two)
Previous Android 5.0 update might skip the Galaxy Note 4 and Note Edge
Next Flappy Bird – The most popular video game of 2014?