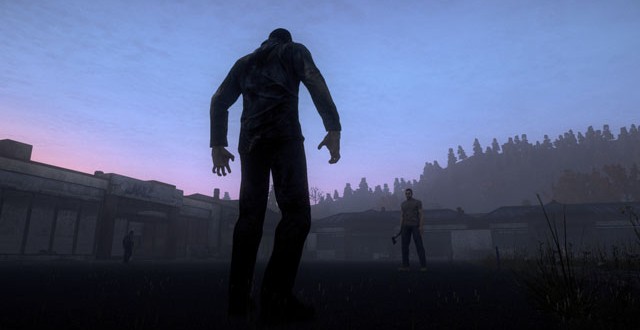 John Smedley discusses the differences between H1Z1 and Day Z

The zombie apocalypse MMORPG that was announced earlier this month recently had a livestream session on Twitch Tv. We’ve discovered a lot of new and interesting details regarding the title but John Smedley, President of Sony Online Entertainment figured some more info could’t hurt. After the stream was over Smedley went on Reddit to answer a few more questions about the game. The discussions mostly revolved around the differences between H1Z1 and the popular survival horror MMO Day Z. In case you don’t feel like browsing all of the posts and just want to get to the point here is an overview submitted by Smedley himself:

“That stream today didn’t go quite as planned.. the server they were on had an issue and we had to restart it. That meant we didn’t get time to show everything we wanted to. Next week we will have a lot more to show including crafting, building and a lot more about the survival aspects of the game. All that stuff is in there. Not all of it’s perfect but it’s really getting fun. So we’ll show it to you. Didn’t mean to take the extended ride in the jeep. Answers to common questions I saw:

1) We will have first and third person. Third person will not give you LOS over obstacles. We intend to make it more of a preference. I find myself switching to it occasionally but I love combat in first person. To those who say we can’t serve two masters – play the game before you judge.

2) Vehicles will be in third person only. Could this change? Maybe but that’s what we’re putting in for now.

3) Why was there so much stuff around 15 years later – we wanted to show you how the mechanics worked. Simple as that. We intend to make surviving a lot about catching your food. Longer term about growing it and protecting it.

4) How is this different from Day Z? – saw this a lot. Not going to give some politically correct dodgy b.s. answer. It is a survival in a Zombie Apocalypse game. So is Day Z. They have made a brilliant game (first I might add). They have a great vision for it and can count myself and most of the people on our team as fans and contributors.

We’re making the game we’re making. Long term we plan on making this about a persistent world with a big landscape with thousands of players. The way we would like to see this roll out is much more like players building small enclaves or pockets of territory and hold out against a legitimate zombie threat that’s ever present while others go it alone taking their chances.. These player built structures, forts and towns are one of the ways the players try to carve out some small space in a dangerous world.

We also want to make sure we have a deep in-game economy that is heavily dependent on crafting. Players will be able to become manufacturers.. sell bullets, arrows.. etc. The in-game economy will be entirely player driven. So this is our take on the Zombie Apocalypse with a lot of friends and hopefully some great enemies both living and dead. We’re proud to be up front and say we love Day Z and the job they’ve done and we hope they enjoy what we make too. I can say this another way.

I love 28 Days and 28 Days Later I love World War Z I love Warm Bodies (oh come on you did too you) I love Night of the Living Dead.. and all the other ones. I love The Walking Dead. And so do most of you. So sure. We’re another Zombie Apocalypse game. Call it what it is. But our goal is to make ours fun, accessible, hard core and super, super deep. As time goes on we hope our take on the end of the world by zombie is fun and lots of people get to try it. You’ll also have all the information you need when you start Early Access for $19.99. You can watch others stream it. You can decide to wait till we switch it to Free to Play. Either way you’ll see our roadmap and you’ll see if it’s something that’s for you.” Smidley also gave us a brief description on what we can expect from H1Z1’s world:

“Think of our world as a fictionalized version of Anywhere USA. The truth is we have the tech to make an insanely large world if we want. Keeping it interesting is the challenge. Our goal is to simply keep expanding while keeping it fun and interesting. Will we be able to have larger cities? I think so. But we have tech work to do. Larger Towns? For sure. Military bases? Heck yeah. All on one seamless landscape. Once that’s done we start to explore what happened in other parts of the world. But this is a long term plan.”

Aside from the Day Z related discussions, Smidley also revealed details about another interesting topic, the Player Servers. SEO’s President talks about a level of liberty we rarely get to see in MMO’s, with players being able to vote for specific themes or rulesets within the servers. This means that everybody can play a role in shaping their community, I can think of quite a number of games that might benefit from a feature like that.

“I’d like to announce a new feature for H1Z1. Player Servers. Similar to other games from SOE, H1Z1 is an MMO. We will launch with different rulesets and variants to cater to different playstyles. We’re excited about taking our dedication to letting you get a say in our games to a whole new level with Player Servers.

The idea is simple – If a community of our players wants to host a server with a specific theme or ruleset then we’re going to do our best to give it to them. players will recieve a pledge token for free if they’ve played more than 5 hours. This pledge token can be used to cast a vote for a server. But use it wisely. You only get one free one per year. Make sure it’s a community you believe in and that has a good chance to succeed because we’re going to set the bar such that the community can sustain an MMO server (more details will be announced later). If you find yourself dying to vote on another server initiative we’ll also sell pledge tokens but you can only use 2 pledge tokens a year max. So again, it’s up to you but we want to make sure if we build it you’re coming. We’re also going to refund the station cash you used to buy it to your account if the Player Server Initiative succeeds. The Pledge token also comes with a wearable that’s going to look sweet.

Why refund it if it succeeds? Simple – we really want to give you the kind of servers you want. We’re going to set that bar high. If it succeeds, you’ve built a community of fellow players you want and as our customers we want to give you that. But we also need some indication of reality in order to make this work. At SOE we’ve been doing a whole lot of asking our players what you think of our ideas. This is no exception. If you have better ones, we are all ears.”

This all sounds very good in theory but we’ll have to wait until the game comes out to see if it will actually work. In any case, it’s good to see that Sony is trying to innovate and keeps us up-to-date with all of the new features they are implementing. H1Z1 is scheduled for release later this year for PC and PS4.

I’m Load The Game’s co-founder and community manager, and whenever I’m not answering questions on social media platforms, I spend my time digging up the latest news and rumors and writing them up. That’s not to say I’m all work and no fun, not at all. If my spare time allows it, I like to engage in some good old fashioned online carnage. If it’s an MMO with swords and lots of PvP, I’m most likely in it. Oh, and if you’re looking to pick a fight in Tekken or Mortal Kombat, I’ll be more than happy to assist! Connect with me by email markjudge (@) loadthegame.com only
@@MarkJudgeLTG
Previous Titanfall and many other PC games currently cheaper on Origin
Next HTC wants to add optical zoom to their next phones