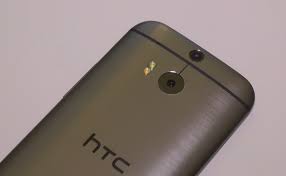 HTC wants to add optical zoom to their next phones

It’s no secret that HTC released smartphones with great photo-taking abilities. Their latest device, the HTC One (M8) released this March, has a Dual 4 MP camera with 2688х1520 pixels, autofocus, and a dual-LED flash. Now HTC is considering adding optical zoom on their next devices that will probably be released sometime next year.

HTC’s imaging specialist Symon Whitehorn said “we could be 4K ready now”, needing only about 8MP to reach that resolution, so incorporating optical zoom in their handsets “is not too far off at all for HTC,” and “within 12-18 months we’ll see huge advances in phone optics.” This is a bold move for HTC, considering their previous attempts to add optical zoom to their cameras failed, but Whitehorn claimed that the company’s goal is to replace the “big camera”.

“We already outperform a lot of compact point and shoot cameras, but we want to approach the performance of regular cameras. Every generation of our cameras seems to close that gap,” he said.

“What will happen is that we’ll take over more and more of those daily roles, and make it harder to justify taking out a big camera. That’s already happened with the compact camera market.”

In order to do so, HTC needs to improve the optics on its phones while adding the optical zoom. If their next flagship phone will indeed have an optical zoom camera, it might pose a risk to full sized cameras. People may choose to replace their cameras with a smartphone that takes great pictures. It would definitely be easier to own a single device that does two things rather than two devices. Optical zoom has been used in smartphones before, but Whitehorn believes that the technology must be upgraded.

“Two years ago I would have said that phones will never replace DSLRs. Now I’m not so sure”, he said.

Whitehorn also claimed that with their next device, HTC plans to dominate the selfie market, as their front camera will be optimized for taking selfies. He also said that the DSLR camera market won’t be replaced by the cameras incorporated in smartphone soon, it will take some time for people to get used to a smartphone that features optical zoom and use the device as a camera.

I’m Load The Game’s co-founder and community manager, and whenever I’m not answering questions on social media platforms, I spend my time digging up the latest news and rumors and writing them up. That’s not to say I’m all work and no fun, not at all. If my spare time allows it, I like to engage in some good old fashioned online carnage. If it’s an MMO with swords and lots of PvP, I’m most likely in it. Oh, and if you’re looking to pick a fight in Tekken or Mortal Kombat, I’ll be more than happy to assist! Connect with me by email markjudge (@) loadthegame.com only
@@MarkJudgeLTG
Previous John Smedley discusses the differences between H1Z1 and Day Z
Next iPhone 5s vs Galaxy Note 3 Specs and Price Comparison