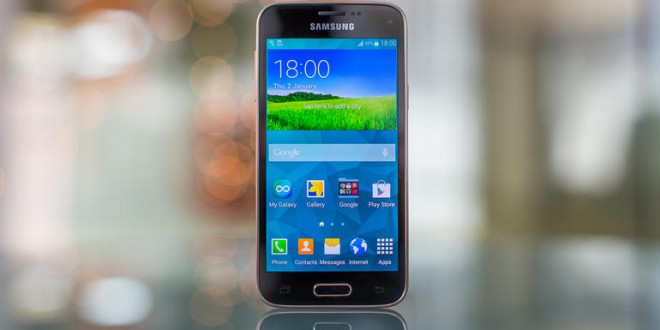 The Galaxy S5 Mini, the smaller version of last year’s big Samsung flagship, should also be getting the Android 5.0 Lollipop update right after the rollout is completed to high-end Samsung phones. The Galaxy S5 Mini is the option you would go for if you want a smaller, less-equipped smartphone instead of the Galaxy S5, and users of the handset will be glad to hear that the company will not omit their favorite phone when it comes to the Android 5.0 Lollipop rollout.

Regional Samsung dealerships have repeatedly confirmed to customers that they need to be patient, because once Lollipop finishes its rollout to the Galaxy S5, it will be starting its journey towards the smaller version of the flagship. The Galaxy S5 Mini Lollipop update should allegedly start rolling out at the end of January, if we are to listen to regional Samsung dealers, but we are familiar with instances where regional employees were wrong about OTA updates.

Still, you needn’t fret if you haven’t received the Android 5.0 Lollipop update on your phone, because it’s on its way. This software update from Google is rolling out in a staggered way, which means that not every model of one device in every country on the Planet will receive the update on the same day, or even in the same week. Since Android 5.0 Lollipop is the biggest software overhaul from Google ever, you might imagine that OEMs need to do their fair share of tweaking on it to make it work on all handsets they aim to update, and the Galaxy S5 Mini is no exception. Be patient and stay tuned because as soon as we see an update on a Galaxy S5 Mini device that remotely looks like Lollipop, we will let you know.

Until then, keep calm and trust TouchWiz. By the way, TouchWiz is going to accompany the Galaxy S5 Mini Lollipop update once it hits your device. If you’re not a fan of the UI, you might want to search for a custom ROM (like CyanogenMod 12) that is based off Lollipop but comes without TouchWiz. Beware, though, because you do need to have some knowledge about rooting, flashing and using custom ROMs in order to take advantage of Cyanogen’s release.

My life-long dream has been to test out every gadget on the market! Considering the fact that I've rapidly destroyed almost every gadget I've had so far, I'm not inclined to owning something, so my ideal outcome would be to have a different gadget each month. I'm really into smartphones, wearables and tablets and I love Playstation and Xbox, I'm sure I'll beat you at your own game (after a month of training... or two)
Previous Nexus 5, Nexus 6 likely to skip Android 5.0.2 Lollipop entirely
Next Galaxy S5 Mini vs iPhone 5C: which budget phone is better?