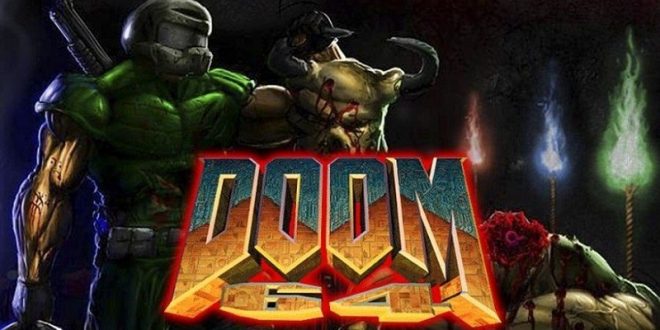 While the future of the DOOM series was up in the air just a few short years ago, thanks to 2016’s DOOM things are looking very bright for the series. DOOM Eternal launches later this year, and the first three games in the series recently got a re-release. However, it looks like yet another game from the series’ past is set to make a long-awaited return.

According to the PEGI rating board DOOM 64 is gearing up for a re-release. The game originally launched for the Nintendo 64 back in the 90’s, but due to technical reasons it never got a release on other platforms. However, according to this listing that is all about to change. The listing claims that the game will be releasing on both PS4 and PC, though whether or not that comes with any kind of improvements remains to be seen.

While we need to take this one with a grain of salt for the time being, the fact that the game has shown up on a rating board is a good sign that it’s legitimate. Not only that, but it likely means that we aren’t far away from the actual release of this game, which will come as great news for DOOM 64 fans that have been waiting to play the game on modern hardware.

DOOM Eternal is developed by id Software and published by Bethesda Softworks, and is set to launch for PS4, Xbox One, Nintendo Switch, Google Stadia and PC on November 22nd.