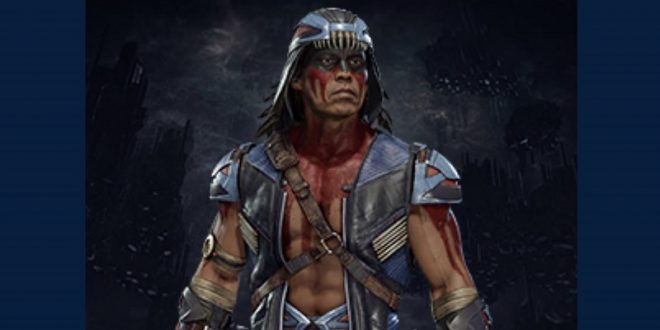 Mortal Kombat 11 is set to get a new character in the form of a DLC release soon, though we currently have no official details in regards to who the character is or when the character will be released. However, thanks to a leak on the Nintendo eShop it looks like the cat may have been let out of the bag early in both regards.

Over on the Nintendo eShop website it was noticed that the big N not only listed Nightwolf as the game’s next DLC character, but that he would be releasing on August 13th. This information has since been deleted, but not before many were able to see it and screen grab it. Considering that there was an actual image of the character, it seems like this information is legitimate.

Of course, since it isn’t an official announcement, we need to take it with a grain of salt for the time being. The good news is that it likely won’t be much longer until this an official announcement comes, as a new DLC character has been in the pipelines for a while now. We’ll bring you more information as soon as it becomes available from the developer.

Mortal Kombat 11 is available now on PS4, Xbox One, Nintendo Switch and PC.

Previous Can An Online Gambling Give You The Same Experience?
Next DOOM 64 Re-release For PS4 And PC Outed By PEGI Rating