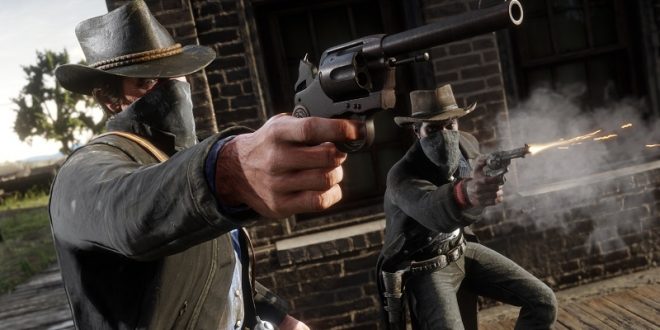 Red Dead Redemption 2 is a game considered by many to be a masterpiece, though it of course is not without its faults. However, if you considered one of its faults being the inability to ride giant bats, then that fault will soon become a distant memory thanks to an upcoming mod.

Modder JulioNIB is currently working on the Pig Rider mod, which will allow players to ride giants bats all over the game’s map and hurl fireballs at all of your unsuspecting victims below. You can see the mod in action via the video below.

Red Dead Redemption 2 is available now for PS4, Xbox One, Google Stadia and PC. It has been a massive hit since it launched in 2018, generating a staggering $725 million in sales from its opening weekend and surpassing the lifetime sales of the first game in just two weeks. It went on to win over 175 Game of the Year awards and received over 250 perfect scores.

As for what’s next for developer Rockstar Studios, many reports suggest they are hard at work on Grand Theft Auto 6. However, it looks like the game could be shaking things up for the series, with the game apparently being “moderately sized” at launch and then regularly expanded over time. The game isn’t expected to launch anytime soon, but we’ll bring you more information as it becomes available.