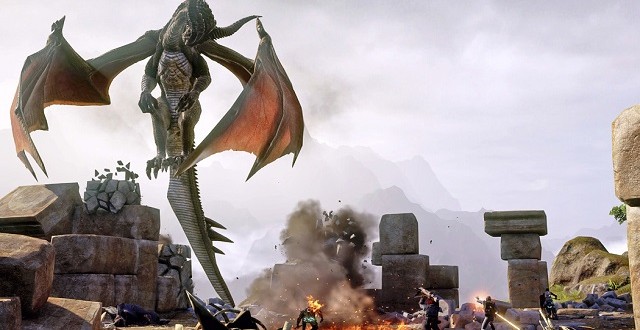 I keep hearing that Dragon Age Inquisition will be a massive game that offers countless hours of enjoyment. However, I feel that the word “countless” is used way too often in the gaming industry and developers should really just stick with solid figures. As fate would have it, some of them actually do. Bioware writer Patrick Weekes revealed on Twitter that Dragon Age Inquisition will eat up about 80 hours of your life before you can claim that you finished the game start to finish. He also mentions that this just for a regular old-fashioned playthrough, with many side-quests completed, but not all of them, not even close.

And that's one playthrough done, start to finish, full game, no cheats. About 80 hours and by NO MEANS completionist.

A completionist will definitely have a field day with this title as it seems to be able to keep you glued to your screen for weeks on end if you plan to experience every single bit of content. And you know what? I’m definitely okay with that. As a completionist myself, I’m more than happy to throw money at Bioware if they can provide “countless” hours of epic RPG goodness. But for those of you who actually have a social life, worry not. Weekes says that 80 hours is not the minimum so a speedrunner is likely to finish the game in far less than that. “Will note: people who prefer shorter games could do less than I did. NOT 80 hrs minimum. Still, LOT of game to play if you want,” he says.

I don’t know about you, but I’m going to take advantage of Bioware’s offer and play Dragon Age Inquisition to death. Also, the game features a multiplayer mode, which can potentially add plenty more hours of enjoyment. Look at it this way, by the time you finish the game maybe Mass Effect 4 will actually be ready, or at least given a real name. Dragon Age Inquisition launches on November 18th for PS3, PS4, Xbox 360, Xbox One and the PC.

I’m Load The Game’s co-founder and community manager, and whenever I’m not answering questions on social media platforms, I spend my time digging up the latest news and rumors and writing them up. That’s not to say I’m all work and no fun, not at all. If my spare time allows it, I like to engage in some good old fashioned online carnage. If it’s an MMO with swords and lots of PvP, I’m most likely in it. Oh, and if you’re looking to pick a fight in Tekken or Mortal Kombat, I’ll be more than happy to assist! Connect with me by email markjudge (@) loadthegame.com only
@@MarkJudgeLTG
Previous Sniper Elite 3’s “Save Churchill” DLC is now available on consoles
Next Meizu MX4 vs. Xiaomi Mi4 – which is better?