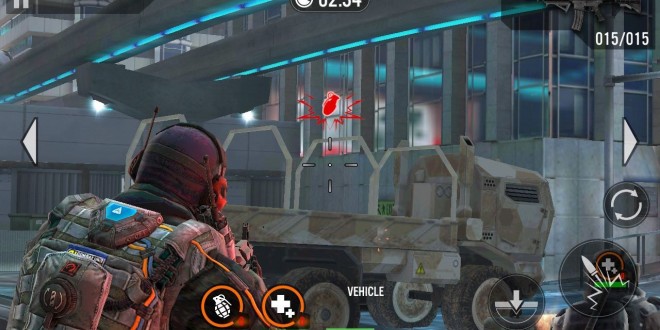 5 Great Free HD Android Games that you should try! Part I

As mobile technology is getting more advanced each year with ever stronger processors and graphics chips so do the games made for these devices. Mobile gaming has come a long way in the past few years and some of today’s games look absolutely stunning. We made a list of some of the best Android games that are not only looking great but are also for free.

Injustice: Gods Among Us

Injustice: Gods Among Us is a fighting/collectible card game hybrid that brings together iconic comic book characters to fight against each other. You will build your deck of characters, moves and powers and enter the arena for a 3 on 3 combat. You will find many iconic places in the game from DC comics universe serving as arenas, like the Batcave or Arkham Asylum. The game also lines up numerous playable heroes, like Superman, Batman, The Flash, Green Lantern and many others. The game has cross-platform support, so if you unlock something on the console version it will be available on the mobile version as well and vice versa. Injustice: Gods Among Us has great graphics and it’s downloadable for free from the Android app store.

As its name suggests, Asphalt 8 is racing game with a lot of content, wonderful graphics and great controls. Although it’s free, the game supports in-app purchases in case you want to make the game easier for you or you happen to have too much money. Asphalt 8: Airborne offers nine different race locations that are varied enough to make the game interesting. The controls consist of tilting your device for steering and pressing the left or right side of the screen for brake or nitro boost. The cars auto-accelerate to keep the controls simple and intuitive. Asphalt 8: Airborne brings airstunts to the game to make it more varied and interesting.

It’s a free to play shooter game that will put you in the shoes of a revenge seeking mercenary. Occasional purchase pop-ups will appear between matches and after a while you might have to grind trough the game as it becomes more and more difficult. But you can make everything easier if you choose to purchase upgrades with real money, at least that’s the trick to get you pay. But if you enjoy a challenge you will get through the game without spending a dime. As for the gameplay, you will have to kill waves of enemies while ducking behind cover. The weapons of the game are customizable to your liking and can be upgrades with special properties. Your main goal will be to train your squad, upgrade your weapons and buy newer and better weapons. Frontline Commando 2 has 50 missions that will put you against a certain number of enemies to kill. After a certain number of “waves” you will get a boss fight. The story progresses’ after you complete a boss fight rewarding you with a new cutscene.

Dungeon Hunter 4 like the previous installments of the series is a Diablo-esque hack&slash RPG. You can choose between four classes of heroes, two fighter, one ranged and a mage class. It also offers solo play, co-op and PVP. Like the other Dungeon Hunter games before, the fourth installment comes with eye-catching graphics and effects. One drawback of the game is that although it’s free, it will try aggressively to make you spend money. Pop-ups about buying new items and gems will haunt you from time to time which is pretty sad considering how good the game is. Blue gems are the main currency of the game and you can buy them for real money. You can use them to unlock features, buy loot, upgrade items and so on. Every few hours you will receive a health potion up to a max of three, which are necessary for you to play. After you run out of health potions you will have to wait until the game gives you new ones. This is where blue gems come in again, as you can use them to buy health potions. This means that you will have to pay in order to play after you use up all of your potions. Three health potion should last you a few hours tough if you don’t take a lot of damage.

Blitz Brigade is an online multiplayer shooter game that was inspired by Battlefield Heroes. The graphics of the game draws heavily on Battlefield Heroes with its cartoonish looks. The game is set in a World War 2 era that will allow you to play as the Allies or the Axis. It features multiple vehicles like jeeps, helicopters and tank and has multiple game modes; capture the flag, death match and domination. Since the latest upgrade, the game also features class-specific tournament mode. Blitz Brigade has five different maps (Malta Docks, Malta Fort, Madagascar, Madagascar Ruins and Cathedral) and five classes. You can choose between the Soldier, Gunner, Medic, Stealth and Sniper classes and you can upgrade your character’s abilities (concussion, weapon damage, clip size, melee damage, stealth duration, etc.) after winning three consecutive matches.  It’s a fun game to play with some mindless killing action.

All these Android games are free and can be downloaded from the app store. Some of them will try to force you to pay some of your hard earned cash but that’s expected from today’s “free” mobile games. Just remember that you can try them out without paying anything and you can just as easily delete them if you’re not satisfied.

Tech enthusiast and RPG gamer, I've been surrounded by technology and PC hardware my entire life. I'm fascinated by anything mobile, and when I'm not tinkering with some newly released gadget, I love to immerse myself in the epic tales of Role Playing Games.
Previous LG introduces Lifeband Touch and Heart Rate Earphones
Next Windows Phone 8.1 Upgraded features 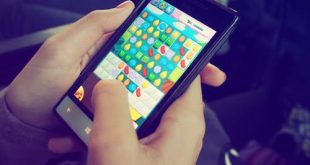 Why You Should Consider Mobile Games In 2020 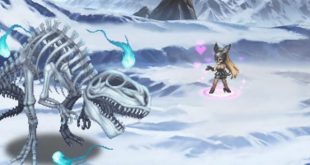 The singer Ariana Grande is to be featured in the free-to-play role playing game Final ...