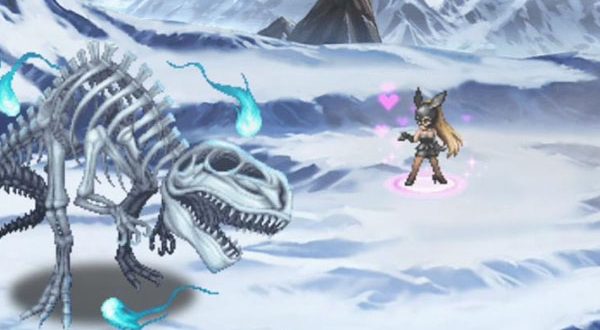 The singer Ariana Grande is to be featured in the free-to-play role playing game Final Fantasy: Brave Exvius. The announcement was confirmed by the developer gumi inc. after Ariana announced in through her social media.

The singer will be available as a playable character in a limited time in game event. It is said the details will be explained in Mid-January.

Ariana Grande features in the game dressed in the bunny costume used on the cover of her Dangerous Woman album. Along with the playable character announcement, a remixed version of Ariana’s song ‘Touch It’ was also released.

The video below posted by the company Square Enix explains in detail about the song’s involvement in the game:

Along with the announcement of the starlet’s involvement, Final Fantasy: Brave Exvius also reached 9 million downloads around the world. The free app is available for download on the Apple Store and Google Play Store.

A student who enjoys playing video games - more specifically, open world role-playing games. I'll be writing the news when my Xbox controller decides to switch off (which is all the time).
@@tashpopovic
Previous StarCraft 2 Nation Wars 4 Well Underway
Next New Trailer for Final Fantasy XIV Patch The Far Edge of Fate The Final Fantasy 7 Remake brought the beloved 90s RPG to the modern era with ...