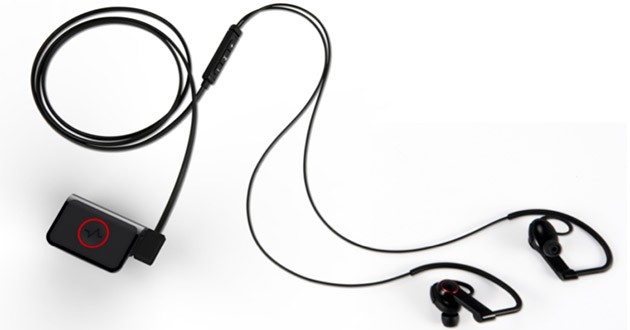 LG Electronics joins the wearable fitness devices market with the Lifeband Touch and the LG Heart Rate Earphones, both compatible with iOS and Android smartphones and available starting May 18.

The Lifeband Touch comes with a 0.9-inch OLED touch display that shows a series of fitness data including health-related infos and it allows users to control the music functions from their smartphones from the touchscreen. It also allows the user to see caller-ID data and text messages. The device features a flexible wristband display with two sensors, a triple-axis accelerometer and an altimeter.

The wristband comes in three sizes, medium (166mm long and a weight of 49.9 g), large (181mm and 50.1g) and extra large (196mm and 53.1 g). It features Bluetooth 4.0 connectivity and according to LG, the device lasts up to five days on a single charge due to its 90 mAh battery. The Lifeband works together with the LG Fitness app and other apps such as MyFitnessPal, Runkeeper and MapMyFitness.

The wearer’s heart rate is measured by the other device LG introduced. The Heart Rate Earphones measure the heart rate through the inbuilt PerformTek sensor. LG claimed the earphones provide a more accurate data than other fitness devices, because they measure the blood flow signals inside the ear.

The earphones feature a 200mAh battery and Bluetooth 3.0 connectivity, and can be uses with or without the Lifeband Touch. A clip-on medallion provides the Bluetooth connectivity between them and the wristband or the smartphone. The wearer can also receive audio updates on heart rate in real-time, (if he’s running the LG Fitness App) and also engage in hands-free calls. The device weights 26.7g without the additional clip-on medallion that weights 18g.

Both devices are compatible with iOS 6 and Android 4.3 or 4.4 and even Android 4.2 and will be available in the US starting Sunday. The Lifeband Touch will cost $149.9 and the Heart Rate Earphones are priced at $179.9. LG said the Lifeband Touch will be available in Asia and Europe later, but it didn’t give any details. How long the rest of the world has to wait until the wristband finally extends its availability is unknown, so we’ll wait LG’S further news about its wearable fitness devices.

Whether the two devices will see success or not doesn’t entirely depend of their great features. Unfortunately LG will have to face an overcrowded market as every major company has already released a lot of wearable fitness devices. For instance Samsung and Motorola, but also less known manufacturers as Fitbit or Garmin, brought a flood of wearable devices to the market and have already struggled with the overcrowding.

“Unfortunately, the market is becoming very overcrowded. There are so many fitness devices that it is difficult to keep track of them. The CES showroom floor was filled with these devices”, said Jim McGregor, principal at Tirias Research.

I’m Load The Game’s co-founder and community manager, and whenever I’m not answering questions on social media platforms, I spend my time digging up the latest news and rumors and writing them up. That’s not to say I’m all work and no fun, not at all. If my spare time allows it, I like to engage in some good old fashioned online carnage. If it’s an MMO with swords and lots of PvP, I’m most likely in it. Oh, and if you’re looking to pick a fight in Tekken or Mortal Kombat, I’ll be more than happy to assist! Connect with me by email markjudge (@) loadthegame.com only
@@MarkJudgeLTG
Previous Far Cry 4 coming to current and next-gen platforms this Fall
Next 5 Great Free HD Android Games that you should try! Part I 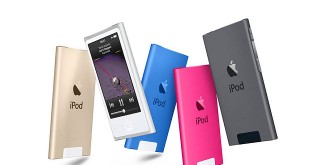