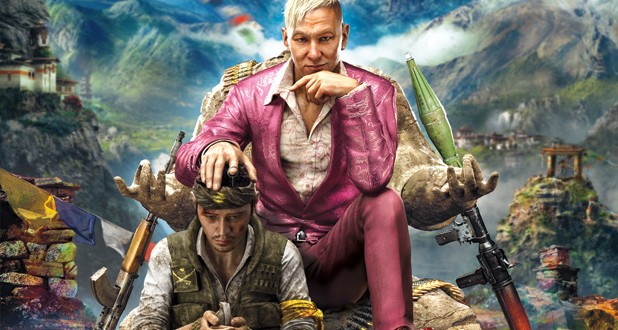 Following their annual earnings report, Ubisoft confirmed today in a blog post that Far Cry 4 will be making its way on multiple platforms this Fall. Far Cry 3’s successor was already announced about a year ago, but significant details about the game weren’t revealed until now.

“The year’s performance will be led by five games – Assassin’s Creed Unity, Far Cry 4, Just Dance, The Crew and Watch Dogs. Watch Dogs’ pre-orders are at record levels and it is perfectly positioned to become the industry’s most successful new IP in history.” The company also mentioned that “Although Ubisoft did not reach the targets announced a year ago for 2013-14, we did see a number of significant achievements during the period.”

Regarding Far Cry 4, the company states that the upcoming title will be an open-world fps, just like its predecessor. The game is set in Kyrat, a region of the Himalayas that’s currently being ruled by a despotic self-appointed king. This untamed area offers a false sense of security but in reality it’s teeming with perils, the post mentions. The game cover depicts the antagonist as being blond-haired and dressed in a pink suit, it seems Ubisoft went for a less than traditional looking king. The company also says that Far Cry 4 will stand out among first-person shooters and will exceed fans’ expectations.

“Following the success of Far Cry 3, we wanted to take the franchise to the next level and create a game that will surprise players and exceed fans’ expectations,” said Dan Hay, Executive Producer. “Given the unique setting, we feel Far Cry 4 will stand out as a top first-person shooter and we’re eager to reveal more about the game in the coming months.”

A Limited Edition for the game was made available at all the major retailers. This edition features three single-player missions that star the infamous Hurk, you might remember him from Far Cry 3. As an added bonus, pre-ordering Far Cry 4 will get you a free upgrade to the Limited Edition which also includes The Impaler, Hurk’s harpoon gun.

Far Cry 4 will be released on November 18 for the Xbox 360, Xbox One, PS3, PS4 and the PC. The game is currently being developed by Ubisoft Montreal in collaboration with four other studios, Red Storm Entertainment, Ubisoft Toronto, Ubisoft Shanghai and Ubisoft Kiev. The company confirmed that Far Cry 4 will be making an appearance at E3 2014 during the Ubisoft press conference, which is scheduled to begin June 9 at 6 p.m. ET. I’m Load The Game’s co-founder and community manager, and whenever I’m not answering questions on social media platforms, I spend my time digging up the latest news and rumors and writing them up. That’s not to say I’m all work and no fun, not at all. If my spare time allows it, I like to engage in some good old fashioned online carnage. If it’s an MMO with swords and lots of PvP, I’m most likely in it. Oh, and if you’re looking to pick a fight in Tekken or Mortal Kombat, I’ll be more than happy to assist! Connect with me by email markjudge (@) loadthegame.com only
@@MarkJudgeLTG
Previous HTC One Mini 2 Announced – Tech Specs here!
Next LG introduces Lifeband Touch and Heart Rate Earphones