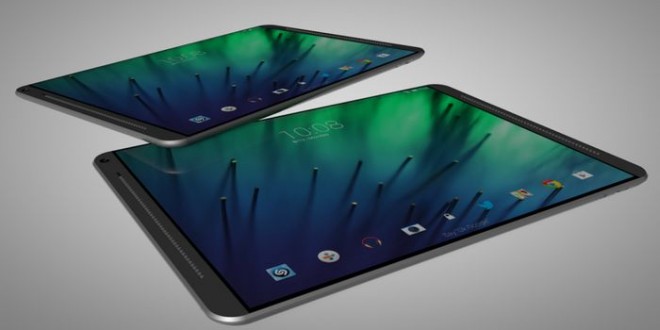 New HTC tablet in the works

HTC tablet based on the Nexus 9 coming soon

A new HTC tablet seems to be in the works, if we listen to mysterious voices from around the internet. One infamous leaker going by @upleaks on the internet has reminded us that the Nexus 9 is not the only HTC tablet that we will be seeing in the following few months. According to the leakster, a new HTC tablet will be coming later in 2015, although it will be based on the famous Google Nexus 9.

We don’t know what kind of tablet we’re talking about here, but we do know it’s going to be based on the Nexus 9. With that in mind, we’re sure to see great specs and features, and definitely some BoomSound speakers, too. Upleaks says the HTC tablet won’t make an appearance in the first quarter of the year, which makes us believe that the Taiwanese company hasn’t started mass-producing the slate just yet.

If the next HTC tablet is based on the Nexus 9, we’re confident we’re going to be greeted by a compact tablet with an 8 or 9 inch display, BoomSound speakers, decent hardware and a big battery. Android 5.0 Lollipop is a sure thing, although we are wondering if HTC will be putting Sense 7.0 or something similar on top. We are expecting an announcement from the company at the MWC, detailing their endeavors a bit. The HTC One M9 should show up at the trade show, and we’re sure that if the company is working on a new HTC tablet, they’ll let us know after they launch the new smartphone.

What would you like to see on the upcoming HTC tablet? Do you think the company will put better hardware inside than what we’ve seen on the Nexus 9 or make it more of an affordable device for those who would like high-end sound quality and a compact tablet? Whichever the case may be, take this rumor with a grain of salt, as we’re not sure the Taiwanese company is truly working on an HTC tablet or not.

My life-long dream has been to test out every gadget on the market! Considering the fact that I've rapidly destroyed almost every gadget I've had so far, I'm not inclined to owning something, so my ideal outcome would be to have a different gadget each month. I'm really into smartphones, wearables and tablets and I love Playstation and Xbox, I'm sure I'll beat you at your own game (after a month of training... or two)
Previous Windows 10 for phones coming to low-end Lumias, too
Next Google introduced video chat to Google Play Store Devices