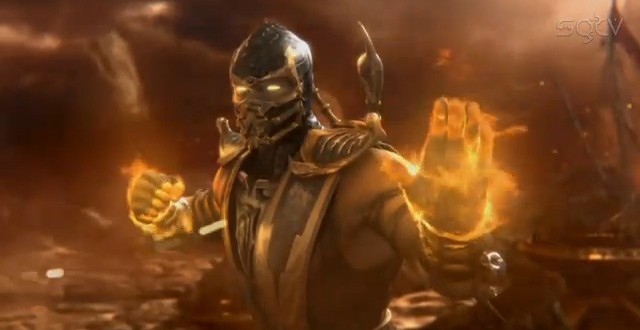 Mortal Kombat 9 will be playable online despite GameSpy’s shutdown

Many games will be left without online support following GameSpy’s shutdown on May 31, but luckily Mortal Kombat 9 will not be among those affected. NetherRealm Studios announced earlier that online servers for the Xbox 360, PS3 and PC versions of the game will still be up and running even after GameSpy is closed.

The announcement that made on the official Mortal Kombat Facebook page warns players that servers may go offline during the transition. “We are currently in the process of migrating Mortal Kombat 9 (for PS3, Xbox 360 and PC) from Gamespy’s servers and expect things to go smoothly. During the transition, players may experience an interruption of online play and matchmaking and we ask for your patience during this time.”

The company also mentions that offline play will not be affected during the migration. Unfortunately, NetherRealm says they will not continue online support for the PS Vita version of the game. Players who still want to enjoy Mortal Kombat 9 on the Vita will have to settle for ad-hoc multiplayer matches.

It’s good to see that at least some games will continue to live online after May 31. We’ve already seen just how much other companies will be affected by GameSpy’s termination of online services. EA recently announced that it is shutting down online servers for 50 of their older titles. The company says they trying to come up with a solution, but  haven’t found a viable one for the time being.

Among the games that will not longer be playable online, we find a few quite popular ones that will most likely be missed by some players. These include: Crysis, Crysis 2 and Crysis Wars for the PC, Battlefield 2 and Battlefield 2142 also for the PC, as well as Bulletstorm of the PS3.

While GameSpy’s closure announcement has dealt a heavy blow to Electronic Arts, other companies like NetherRealm Studios are trying to come up with solutions. Rockstar announced earlier that it also has a plan and most of their titles, including Grand Theft Auto V will still retain online functionality.

I’m Load The Game’s co-founder and community manager, and whenever I’m not answering questions on social media platforms, I spend my time digging up the latest news and rumors and writing them up. That’s not to say I’m all work and no fun, not at all. If my spare time allows it, I like to engage in some good old fashioned online carnage. If it’s an MMO with swords and lots of PvP, I’m most likely in it. Oh, and if you’re looking to pick a fight in Tekken or Mortal Kombat, I’ll be more than happy to assist! Connect with me by email markjudge (@) loadthegame.com only
@@MarkJudgeLTG
Previous Club Nintendo’s loyalty program includes classic games
Next New Bebop Drone from Parrot Revealed