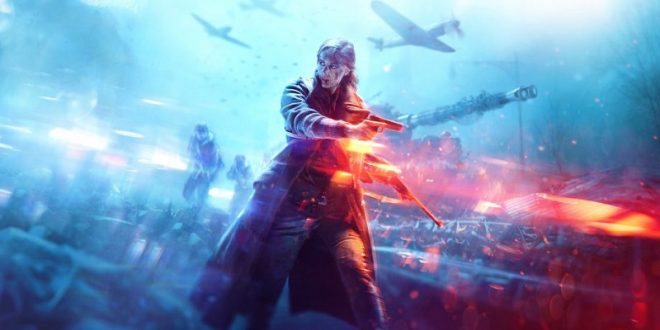 The Battlefield series is returning later this month, with Battlefield 5 serving as the follow-up to Battlefield 1. The game will be releasing on multiple platforms, but now the game’s PS4 download file size has been revealed via the game’s official PlayStation Store page.

When viewing the game’s page on the PlayStation 4, it can be seen that the download file size is 34.11 GB. This isn’t too bad considering we’re dealing with a AAA FPS, but we need to remember that there will likely be some very big patches on the horizon that will cause the file size to increase greatly.

For those unfamiliar with the game, it takes the series back to its roots with the setting being World War 2. The following is a breakdown from the official Amazon page:

“World War 2 as You’ve Never Seen It Before – Take the fight to unexpected but crucial moments of the war, as Battlefield goes back to where it all began.

64-Player Multiplayer in the Chaos of All-Out War – Lead your Company in all-out multiplayer with new experiences like the massive Grand Operations mode. Take on classic modes like Conquest or squad up with friends in the cooperative Combined Arms.

The Most Physical Battlefield Yet – Maneuver through the battlefield using a new soldier move set, fortifications, and mobile tools of destruction.

Play Untold War Stories – Witness human drama set against global combat in the single player War Stories. Ski down Norwegian mountains as you battle for control of nuclear weapon supply lines, join the frontline with the French colonial troops, or go behind enemy lines in North Africa with a band of misfits sent to create mayhem”

Battlefield 5 will launch for PlayStation 4, Xbox One and PC on November 19th. Despite it being revealed a while back that it would have a battle royale mode, that mode actually won’t be launching until the Spring of 2019.