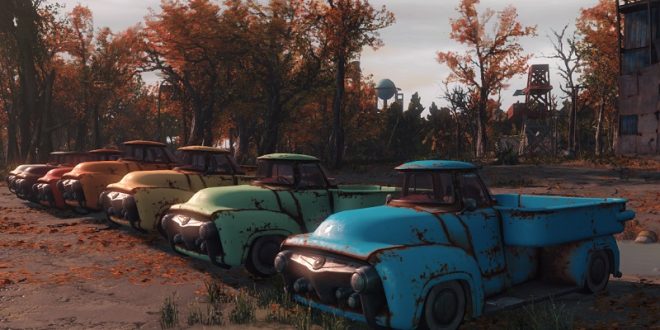 The highly-anticipated Fallout 76 has released recently, though unfortunately for fans most agree that it is a complete mess. If you’re looking to get your Fallout fix somewhere else, then a new mod for Fallout 4 may be just the thing that you need.

The Drivable Vanilla Cars mod has been added to the PC version of Fallout 4 recently, and it does exactly what it sounds like. Players will now be able to cruise around the wasteland in a variety of vehicles, which should make trekking through the game’s vast and dangerous world a little easier. The following is an overview of the mod:

“Lore friendly and immersive vehicle mod. It adds new cars which are:

The Pickup Truck – Vanilla Pickup Truck. It is the most stable car in this mod and this is the reason that it’s the only car included in the main file. Comes in various colors and a prewar skin.
Doesn’t have a companion seat.

The Station Wagon – Wagon with the distinctive glass roof. Included in the optional file. Has a seat for a companion. Comes in various colors and 3 prewar skins.
Has a minor bug. Player sometimes would fall through the ground briefly before entering the vehicle. It’s not exactly game breaking but it doesnt look very good.

The Van – The Vault-Tec Van. Included in the optional file. Also has a seat for a companion. Only the Original Prewar and Rusty Postwar skins included because i wasnt able to find a skin that would support color remapping.
Suffers the same bug as The Station Wagon.

You can build Relay Grenades to summon these vehicles at the Chem Station.”

Fallout 4 is available for PlayStation 4, Xbox One and PC.