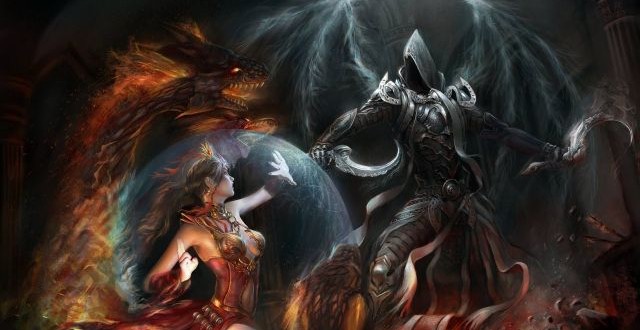 The latest Diablo 3 Reaper of Souls: Ultimate Evil Edition trailer gives us an idea on how the game will look like on the PS4. This version will be released on August 19 and has been confirmed to arrive for the PS3, PS4, Xbox 360, and the Xbox One. As suggested by the title, Ultimate Evil Edition features both the core Diablo 3 game and its Reaper of Souls expansion, which was released for PC back in March.

In this gameplay trailer we get to take a closer look at the Crusader, the new class that was introduced with Reaper of Souls. The video doesn’t reveal anything new as its purpose is just to give us an idea on how the game will look like on the Play Station 4. It does look pretty good and we assume the Xbox One version will look more or less similar to this one.

Ultimate Evil Edition will bring a few additions to the game, including a four player co-op mode. Additionally, character transfer will also be available, which means that those who have already played Diablo 3 on the PS3 will be able to export their character to the upcoming PS4 version. Transferring characters from Xbox 360 to the Xbox One will also be possible once the next-gen consoles version of the game kicks in. The edition also includes some new content, which can be viewed below.

In addition, anyone who pre-orders Ultimate Evil Edition will receive an exclusive in-game item called the Infernal Pauldrons. “Wearable at level 1, these devilishly sharp transmogrifiable shoulderplates provide Health, Life regeneration, and Cooldown Reduction. The key for the Infernal Pauldrons will be available in launch day copies of the Ultimate Evil Edition.” As a side note, this item is not transferable across platforms.

Diablo 3 Reaper of Souls: Ultimate Evil Edition will be coming August 19 for current and next-gen platforms. The game will be available for purchase for the price of $60 for the PS4 and Xbox One versions, and $40 for PS3 and Xbox 360. Stay tuned for more updates and news.

I’m Load The Game’s co-founder and community manager, and whenever I’m not answering questions on social media platforms, I spend my time digging up the latest news and rumors and writing them up. That’s not to say I’m all work and no fun, not at all. If my spare time allows it, I like to engage in some good old fashioned online carnage. If it’s an MMO with swords and lots of PvP, I’m most likely in it. Oh, and if you’re looking to pick a fight in Tekken or Mortal Kombat, I’ll be more than happy to assist! Connect with me by email markjudge (@) loadthegame.com only
@@MarkJudgeLTG
Previous Samsung Galaxy S5 to get Iris Scanner
Next A new Hitman title will be revealed by the end of May